*The resources referred to above were announced 28 September 2015. The company confirms that it is not aware of any new information or data that, in its opinion, materially affects the information included in the relevant market announcement and that all the material assumptions and technical parameters underpinning the estimates in the relevant market announcement continue to apply and have not materially changed. 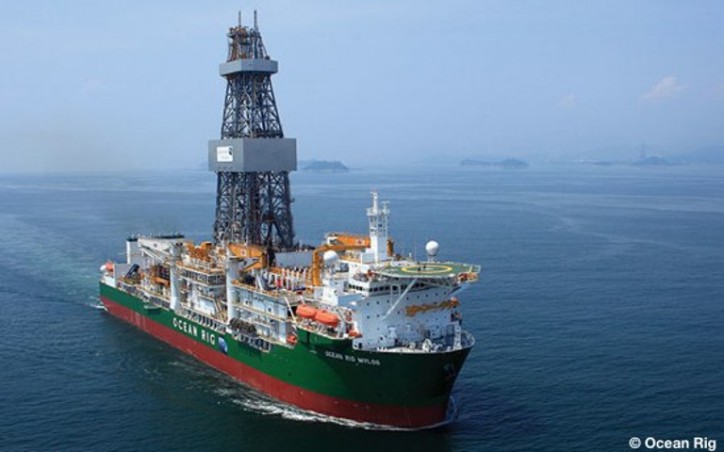 Operator Tullow Namibia Limited (Tullow), a wholly owned subsidiary of Tullow Oil plc (LON: TLW) is well underway with preparations for the commencement of drilling of the Cormorant-1 well as projected in September, 2018. The well will be drilled by the drillship Ocean Rig Poseidon in a water depth of 545m and is expected to take 34 days to reach Total Depth. Ocean Rig Poseidon has already been mobilised to Namibia to drill Cormorant-1.

Almost 70% of critical well service contracts have been let with a number of local Namibian companies successfully securing contracts during the tendering process being managed by Tullow.

Pancontinental farmed out to Tullow in 2013 and will now be fully carried through the cost of drilling the well. The Company’s 20% interest is held in a 66.7% owned subsidiary Pancontinental Namibia Pty Ltd that has a 30% interest in PEL 37, where Africa Energy Corp holds the other 33.3% interest.

Pancontinental will also boost its cash reserves by AU $7.3 million (equivalent to US $5.5 million) with the second stage payment due from Africa Energy Corp. (TSXV:AFE) at the spud of Cormorant-1 expected in September.

In addition to the entry into the project of Africa Energy in September last year, Indian oil and gas Company ONGC Videsh Limited also farmed in. Earlier this year oil major ExxonMobil announced its farmin to PEL 82 (adjacent to Pancontinental’s PEL 37) for a 40% interest.

Commenting on the upcoming drilling of Cormorant-1, Pancontinental CEO, John Begg, said: “We are on track for the drilling of Cormorant-1 in September. According to Wood Mackenzie, the global energy research and consultancy group that reports on all aspects of the upstream oil and gas industry, this will be one of the most –watched offshore wells anywhere in the world this year. It has been highly anticipated for a number of years by the Company and our shareholders. We are obviously keen for the well to commence as the first test of the giant– scale oil potential within the Block. No doubt ExxonMobil, who recently farmed into the immediately adjacent acreage, will be watching closely for the outcome”.