The Port of Long Beach had the busiest May in its 107-year history, as dockworkers handled 687,427 twenty-foot equivalent units (TEUs) of containerized cargo, an increase of 6 percent compared to the same month a year ago. 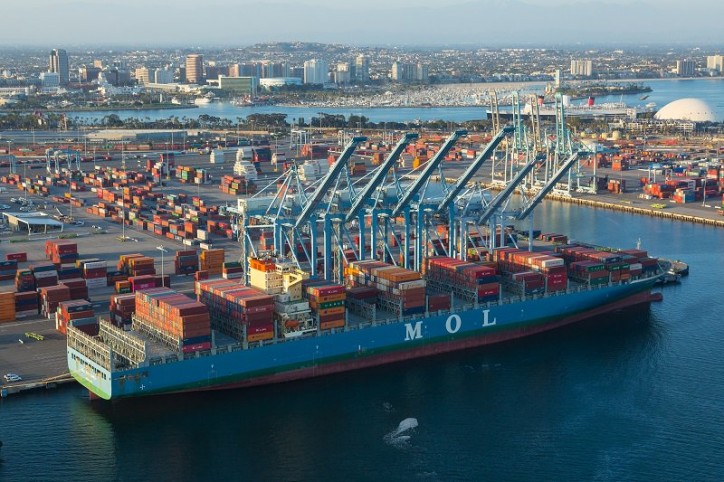 “International trade continues to be a thriving part of the economy, and cargo continues to flow across our docks as we focus on delivering goods quickly, efficiently and at a good cost,” said Harbor Commission President Lou Anne Bynum. “We look forward to a robust peak season this summer and fall.” West Coast seaports are typically busier in the summer months as retailers stock up for the holidays.

“E-commerce has transformed the supply chain to deliver goods rapidly and then replenish them based on consumer demand,” said Port of Long Beach Executive Director Mario Cordero. “Since the U.S. economy is strong, that’s part of our record May result, which also ranks as one of our best months ever.”

The Port of Long Beach is one of the world’s premier seaports, a gateway for trans-­Pacific trade and a trailblazer in goods movement and environmental stewardship. With 175 shipping lines connecting Long Beach to 217 seaports, the Port handles $180 billion in trade annually, supporting hundreds of thousands of Southern California jobs.