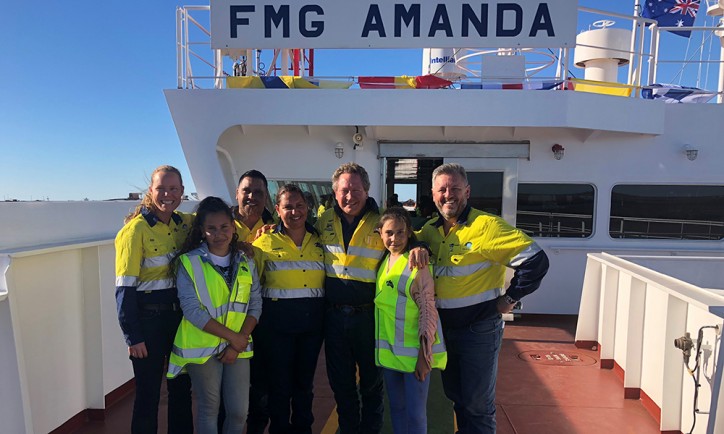 Designed to complement the Company’s world-class port infrastructure, when complete, the ore carrier fleet will provide approximately 12 per cent of Fortescue’s total shipping requirements while maximising tonnage, improving loading rates and safer manoeuvring through the port and channel.

FMG Amanda’s namesake, Amanda Bennell and her family also attended the celebrations. Ms Bennell participated in the VTEC program in 1999 when it operated at Anaconda Nickel.

Ms Bennell described VTEC as providing her with a chance for a future. 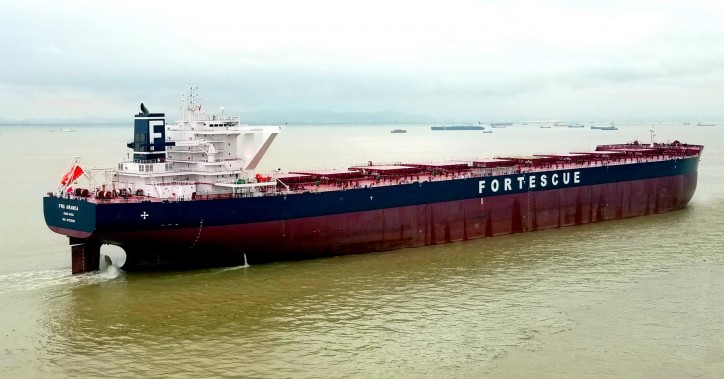 “When I arrived at that mine site the day before my 19th birthday, 18 years ago, I had an instant feeling of happiness and independence. VTEC doesn’t come without challenges but it does come with a promise; a promise that you will gain the training, skills and employment to ensure you and your family will have financial stability and hope for tomorrow,” Ms Bennell said

Reflecting on the seventh Fortescue ore carrier bearing her name, Ms Bennell said she felt humbled and grateful. “I hope my journey may influence others to believe that they too deserve a rewarding and fulfilled life,” she said.

Mr Forrest said it was truly inspiring to spend time with Amanda and her family.

“Amanda has overcome great adversity to live a happy and fulfilling life with her family, and contribute to her community,” Mr Forrest said.

“The FMG Amanda has been named to reflect her hard work and determination, and act as reminder of the great opportunities that exist when people are offered a hand up, not a hand out. This simple idea has driven the success of VTEC since it began. It’s terrific to see this value alive and well in our current VTEC community.

“Amanda sets a strong example for all Australians and demonstrates that courage, perseverance, fortitude and optimism are the keys to success and the tools that help overcome all obstacles,” Mr Forrest said.