The recent declaration of two Kamsarmax newbuilding options has increased Oldendorff orderbook: Between end 2018 and mid-2020, OLDENDORFF CARRIERS will receive another 21 “eco” bulk carrier newbuildings from yards in Japan and China, which were mostly ordered between 2015 and 2017 at historically attractive prices. 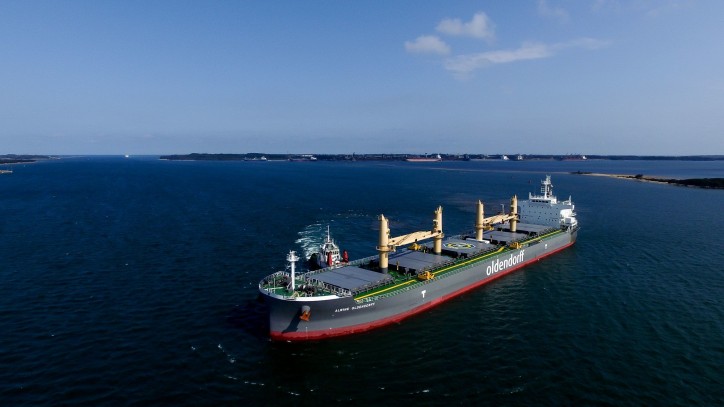 OSHIMA Shipbuilding will deliver 2 x 100,000 tdw Post-Panamaxes and 3 x 62,000 tdw Ultramaxes during the first half of 2020. The Oshima designs are setting new benchmarks in terms of low fuel consumption.

HANTONG Ship Heavy Industry will build 7 x 82,000 tdw “Sdari” design Kamsarmaxes between 2019 and spring 2020, two of which will have ice class 1c.  The series will feature “MAN-B&W” engines imported from Korea, “Yanmar” auxiliary engines imported from Japan and optimized “Nakashima” propellers. The latest two ships at Hantong were options, which were declared earlier this month. The total number of vessels ordered at Hantong was 10, but 3 ships were later resold to other owners. 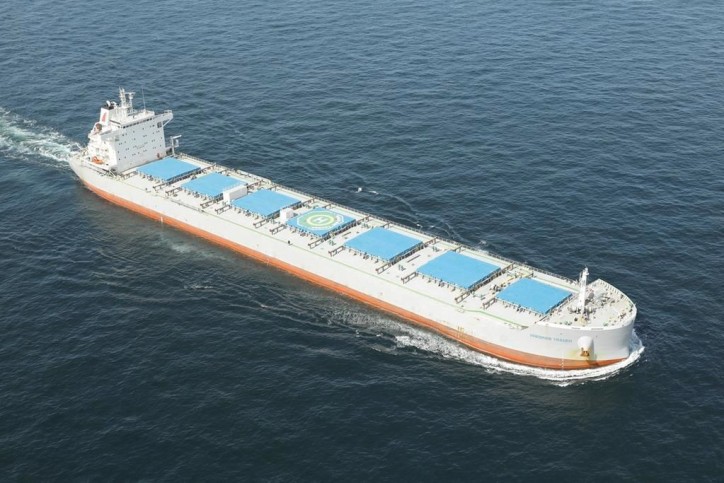 "Last month, we agreed to sell 13 Ultramax vessels for delivery until September 2018 to an Asian buyer with 2 years time charter back, based on a floating rate structure. The package contains 8 x 63,500 tdw bulk carriers built at Qingshan and Yangzijiang (built 2015 – 2018) and 5 x 61,000 tdw Ultramaxes built at Imabari and NACKS (all built in 2014).