Writing in the Open Sea: Authors Who Were Tremendous Sailors

Authors Who Were Great Sailors: Exploring Seas and Writing Styles

A writer and a sailor are two professions that seem to have little in common. Those famous authors will prove you that writing in the open sea is great for inspiration. 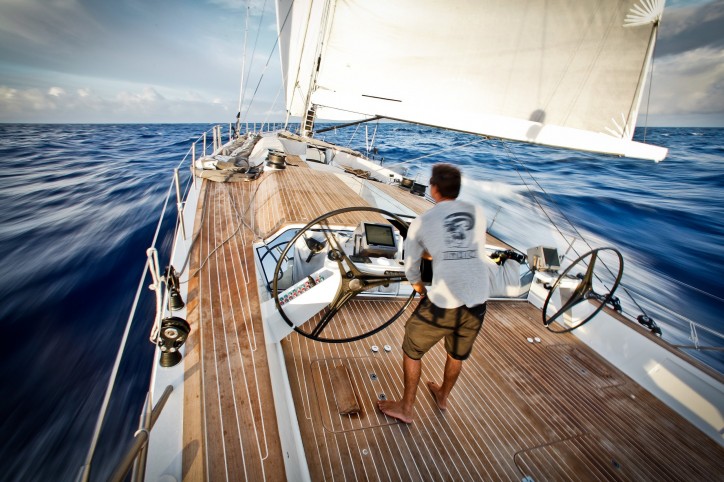 “Bring me the horizon”. It`s not just a British rock band. It`s a phrase that Jack Sparrow is famous for, and he actually stole it from ancient sailors. There is something magical and endlessly romantic in this phrase, right?

Water is the most powerful force of nature. It`s the element that can destroy everything on its way, and it is also the creator that can build ideas in your mind. Ideas which will be worth writing a book about.

The sea always seems so magnificent and powerful that it`s impossible not to get inspired and dive into a creative process. No wonder so many famous authors loved sitting on a terrace by a beach and coming up with plot-twists and sets of characters. And those authors who were especially adventurous would go sailing themselves. Because being on a boat trying to control the capricious sea and having life threats constantly by your side makes a true school of life.

Do you think getting out there into the open sea can help you with a built-up anxiety, stress, and social exhaustion? No matter what you think, the answer is yes.

Sailing has a strong therapeutic effect. So, in case you are engaged in a creative activity and you struggle to come up with new ideas, just give the sea a chance to cure your mental yearning. If only we got a chance to go out there to see the blue mesmerizing waters every time the wave of boring ideas or a writer`s block crash upon us.

Well, unfortunately, we don`t have a 24/7 access to the sea or ocean. But the Internet is literally everywhere. And there is a huge chance that when you have no time to go to the nearest coast, creative consultation at greatpaper.co.uk will be of even greater help than the ocean.

Anyway, who are those authors who decided that the world waters can be tamed?

If you`re a huge fan of Jack London like me, you must have noticed that this American writer focused on sea-related topics mostly at the beginning of his career. He wrote many ingenious creations, like the novel “The Sea-Wolf” and the collection of “Stories of Ships and the Sea”. It`s clear that powerful waters served as huge inspiration to him, and many of London`s works were autobiographical.

He was quite a skillful sailor himself. The future writer was very young when he joined a team of sea smugglers. Well, many authors have a very open-minded and free-spirited perception of life, so we won`t blame the adventurous man for that.

Prior to his illegal activity, Jack London bought his own boat because he didn`t want to work at the factory till the rest of his life. Soon he discovered that being an oyster pirate is much more exciting and profitable than any usual work. He learnt the art of sailing and was an absolute pro at this.

It must be some kind of a magical pattern which shows you the way of becoming a famous, talented author. Just like Jack London, Ernest Hemingway bought a boat (it was more like a yacht, actually) and started his trip throughout the Caribbean.

In fact, one of his most popular and well-known creations “An Old Man and the Sea” is full of detailed descriptions of sailing techniques which make the whole story more vivid and believable.

Hemingway called his fishing boat “Pilar”. And he definitely was passionate about this name because one of his characters was named Pilar, and it was his wife`s nickname as well.

The American writer was extremely good at sailing, and the time he spent traveling all around the Caribbean was the period of great discoveries which found their reflection in his further works.

He is an American poet and writer. If you haven`t heard of this genius yet, you should definitely check out his works. A weird thing is that Bob Kaufman never actually intended to become a well-known poet and he never wrote down his creations. His wife was putting them on a paper, while Bob was coming up with lines orally.

He wasn`t just a boat enthusiast, this American was a professional sailor. What is more, he joined the United States Merchant Marine at the age of only thirteen. He even called one of his books “Golden Sardine”.

It must be about the sea but not about his diet preferences, right?

So just in case you feel like your inspiration is running away, you`d better catch up with it on a boat and finally get to the horizon.