Sunday, the Panama Canal registered the transit of its 4,000th Neopanamax vessel through the Expanded Canal, underscoring the steady growth of the burgeoning LNG segment - which began transiting the waterway for the first time following the inauguration of the Expanded Canal. 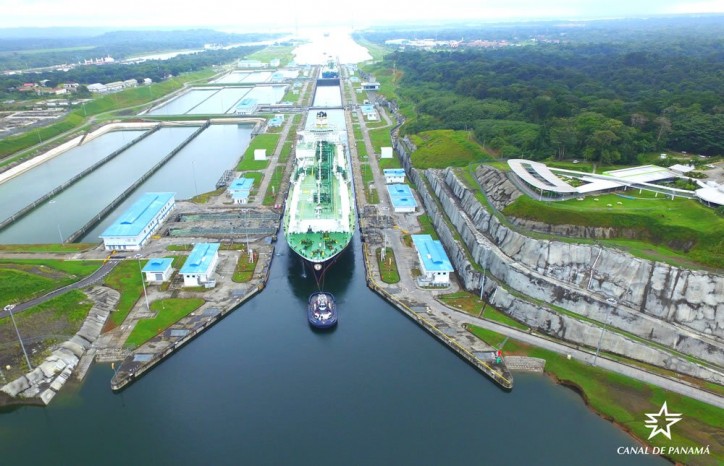 The liquefied natural gas (LNG) tanker Maria Energy completed the milestone transit traveling southbound from the Atlantic to the Pacific Ocean on July 29.

"The steady increase in Neopanamax transits reflect our customers' confidence in the Expanded Canal, particularly with our fastest-growing segment," said Panama Canal Administrator, Jorge L. Quijano. "This reaffirms the value and impact our route has had across global maritime trade, including the fast-growing LNG segment."

The Maria Energy was followed by another LNG tanker, the Maran Gas Alexandria, which also transited the Neopanamax Locks in the southbound direction on Sunday. Both vessels were loaded in Cheniere Energy's Sabine Pass LNG export facility in Louisiana, USA.

The Panama Canal announced in June that it will be lifting natural daylight restrictions for LNG transits on October 1, 2018, to offer added capacity to shippers. By lifting encounter restrictions, LNG vessels will also be able to navigate Gatun Lake at the same time, allowing two different LNG vessels to transit the Canal the same day in two different directions, offering more flexibility to the segment.

Of the 4,000 vessels that have transited to date, roughly 52 percent have been from the container segment. Liquefied petroleum gas (LPG) vessels constitute another 27 percent, and LNG carriers, a relatively new segment to the Panama Canal, have been responsible for 10 percent of traffic. Dry and liquid bulk carriers, car carriers and cruise ships make up the remaining transits.

Across all segments, the Panama Canal continues to ensure the waterway remains one step ahead of demand and able to offer the same service, flexibility and opportunity that it always has to keep global trade moving safely and swiftly.