On August 15, the Port of Everett hosted a groundbreaking to commemorate the start of construction on the Port’s South Terminal Modernization project – the largest capital project in Port history by dollar value, and the largest maritime construction project on the West Coast today.

The $36 million South Terminal Modernization project will ensure the Port’s facilities are ready to support the next generation of over-dimensional cargo, including aerospace parts for the new 777X. 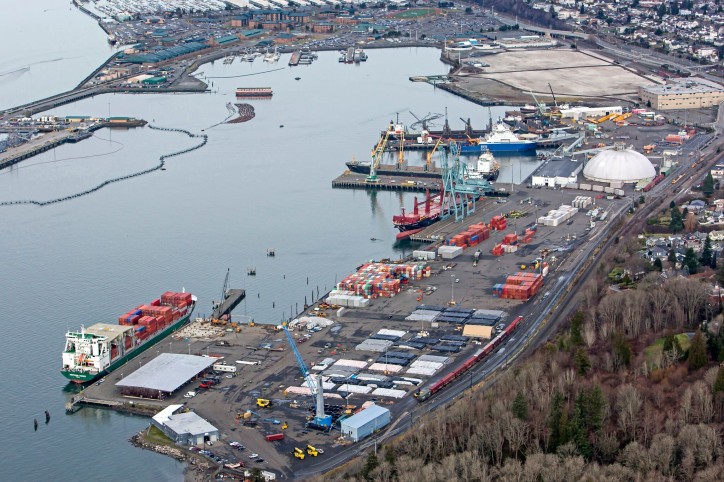 At the groundbreaking ceremony, event attendees heard from leaders in industry and local, state, federal, and tribal government about the importance of the South Terminal for the economic future of Everett and the region. Officials from the Port, City of Everett, Snohomish County, Tulalip Tribes, U.S. Maritime Administration, the offices of U.S. Senators Murray and Cantwell, and The Boeing Company participated in the groundbreaking.

“I find it fitting that as we celebrate the Port of Everett’s centennial year in 2018, we continue to be forward-thinking, preparing the Port’s infrastructure to carry us into our next 100 years,” said Glen Bachman, Port of Everett Commission President. “Completing critical infrastructure upgrades like this will better position the Port and its facilities to handle the larger vessels and heavier cargoes now calling Everett, including aerospace parts for the new 777X and other opportunities on the horizon.”

“Today we celebrate the kick-off the much-anticipated South Terminal Modernization project that will bring more JOBS, PROSPERITY AND COMMERCE to the waterfront,” said Lisa Lefeber, Port of Everett Acting CEO. “Since 2015, the Port has invested millions of dollars to adapt its facilities to support the next generation of shipping, and this major infrastructure investment is a continuation of that effort. This project has come to fruition thanks to the strong, reliable and forward-thinking leadership of our Port Commission and the continuous support of our project partners at the local, state, federal and tribal levels.” 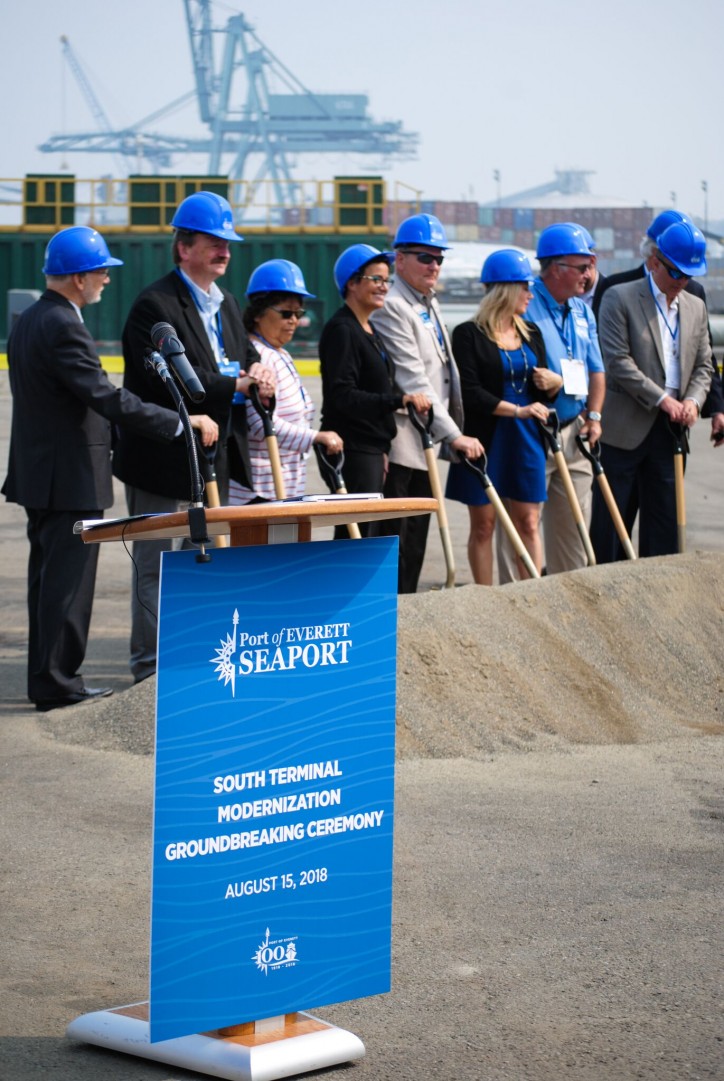 The South Terminal facility is a key piece of the Port’s overall Seaport Modernization efforts. It’s the largest of the Port’s docks by land footprint; however, the dock was originally built in the 1970s to support log operations, and in its current state, can only accommodate 500 pounds per square foot (psf). Modern cargo operations require a minimum of 1,000 psf. The South Terminal Modernization Project (Phase II) strengthens the remaining 560-feet of the 700-foot South Terminal dock structure (140-feet was strengthened as part of Phase I in 2015) and makes electrical upgrades at the wharf. Upon completion, the dock will be strong enough to accommodate two, 100-foot gauge rail-mounted container cranes and provide vaults for ships to plug into shorepower while at the dock. In 2017, the Port completed two rail upgrade projects totaling more than $8 million. With the help of the Port’s 2-percent for public access policy, the project is also generating $586,000 to the city of Everett to improve public access along the waterfront that doesn't conflict with a vibrant working waterfront.

The Seaport Modernization was supported by dozens of businesses, educational institutions and public agencies in our region. It was also made possible by both of our U.S. Senators: the project received nearly $22 million in federal loans from the TIGER grant program established by Sen. Murray and FAST Lane grant program from Sen. Cantwell, as well as the Congestion Mitigation Air Quality (CMAQ) program.