As explained, the Asia to Europe trade lane has experienced difficulties this year, but the weakness was largely confined to the North Europe region in the early months as Mediterranean imports from Asia surged ahead by nearly 7% in the first quarter. 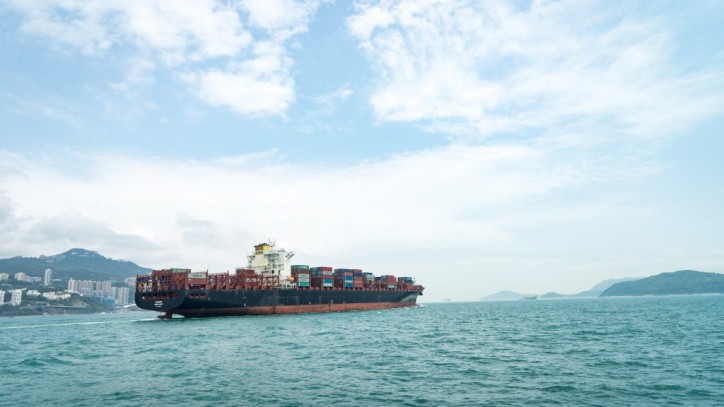 Unfortunately, that malaise has now spread with the Med barely showing any growth in the second quarter. The chances of an immediate upturn look slim as the economic crisis currently engulfing Turkey will remove a significant chunk of demand, Drewry believes.

West Med imports from Asia were the culprit for the overall decline in the second quarter, falling by about 1%, according to CTS data. Inbound flows to the East Med region were down significantly on the first quarter rate of 9% but still managed to stay positive at 1.3%.

Turkey, accounting for approximately 30% of East Med imports from Asia and 6% of Europe’s as a whole, was motoring along in the first quarter with container shipments from the Far East up by around 12%. However, the second quarter brought a 7% decline.

The lira crashed further against the dollar after US President Donald Trump slapped new tariffs on Turkey’s steel and aluminium products earlier this month. Consequently, the lira lost around a fifth of its value and around USD 40 billion was wiped from Turkey’s stock market.

Although the drop-off in container shipments could be mitigated in the short-term by increased tourism as foreigners look to take advantage of the cut-price lira, the country appears headed for a deep recession without a quick resolution, according to the consultancy.

Asia to Mediterranean container growth after six months of the year stood at 3% but based on the current downwards speed as highlighted by the rolling 12-month average it will very possibly end the year below Drewry’s annual forecast of 2.1%, given a couple of months ago. That forecast already built in some element of trade slowdown, but probably not enough in hindsight.

The big question now is how will carriers react to the worsening conditions? Capacity has been kept relatively stable this year with July’s available westbound slots only 5% up on the same month last year.

“We expect to see some rationalisation of Turkish calls to account for the lower demand to the country, but given the size of the market in the region it may well require more extreme action from carriers in the form of service suspensions in order to prop up ship utilisation and freight rates,”Drewry said.

Before the Turkish crisis, head-haul ship utilisation on the Asia-Med westbound trade had been very up and down, occasionally hitting 90% in high demand months, but also dropping as low as 70%. Representative Shanghai to Genoa spot rates from Drewry’s World Container Index followed a similar trend with a time-lag of around a month.

As of yet spot the WCI hasn’t been affected by Turkey’s problems and in fact surged to a year-high last week on the back of a successful carrier rate restoration.

As the Asia-Med trade will struggle to see much growth in the coming months, carriers will need to adjust capacity accordingly to maintain the freight rate momentum, Drewry concluded.