Advancing with improved services to meet the demands of the market. Samskip is making significant changes to its shipping routes serving Iceland and Faroe Islands going into effect in October. Samskip's vessels now sail on three routes; the North-route and South-route sail to and from Europe, while the Coastal-route services exports to Europe from ports in the North and East of Iceland via the Faroe Islands. 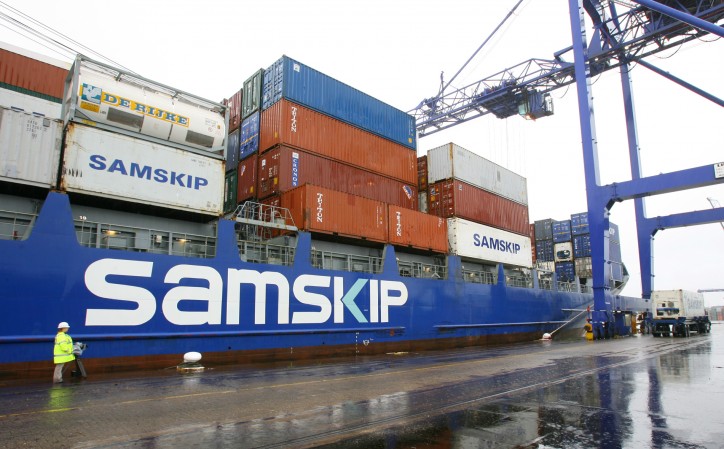 Deliveries in the beginning of the week

With its new and improved shipping route Samskip better meets the needs of its customers who have called for shorter transportation times, increased frequency, and more reliability. On the import side, the services are tailored to delivering cargo early in the week. For export Samskip offers deliveries in the beginning of the week into key markets in Europe. Additionally, rural services in Iceland are improved with weekly calls in the Westfjords, and in the North and East of Iceland.

The North-route is tailored to the needs of those exporting goods to Europe and those importing goods from Scandinavia, in addition to servicing the Faroe Islands. The South-route is adapted to the needs of customers shipping cargo to and from the UK and to imports from the mainland of Europe. The South-route also connects the Westfjords of Iceland with the UK and mainland via Bildudalur, a new port of call on Samskip's route. In addition, the Coastal-route each week connects ports in the North and East of Iceland with the Northern-route in the Faroe Islands.

“Our new shipping routes bring our customers various benefits,” says Pálmar Óli Magnússon, CEO of Samskip Iceland. “Being able to deliver perishables to markets in Europe in the beginning of the week is valuable to our customers. We can now offer Monday morning deliveries either via Hull in the UK or Rotterdam in the Netherlands into key markets in Europe.”

Magnússon adds that the changes are a result of a dialogue with Samskip's customers. Welcomed by customers, imports can now be delivered a day earlier than before both in Reykjavik and Thorshavn. “At the same time, our rural services are significantly improved. We now offer weekly calls in Bildudalur, Saudarkrokur, Akureyri and Reydarfjordur. The new system is also less sensitive to deviations. We believe that the new shipping routes will be welcomed by all those in need of transportation services, as it is the result of discussions we have had with our customers for a while now.”