Shoreham Port is situated on the South Coast of England and in an ideal position to offer a range of Maritime Services to passing vessels, agents and crews using one of the busiest shipping lanes in the world. Within the range of Maritime Services provided by Shoreham Port is seabed levelling, which is currently carried out by the Port’s tug boat, ‘Adurni’. 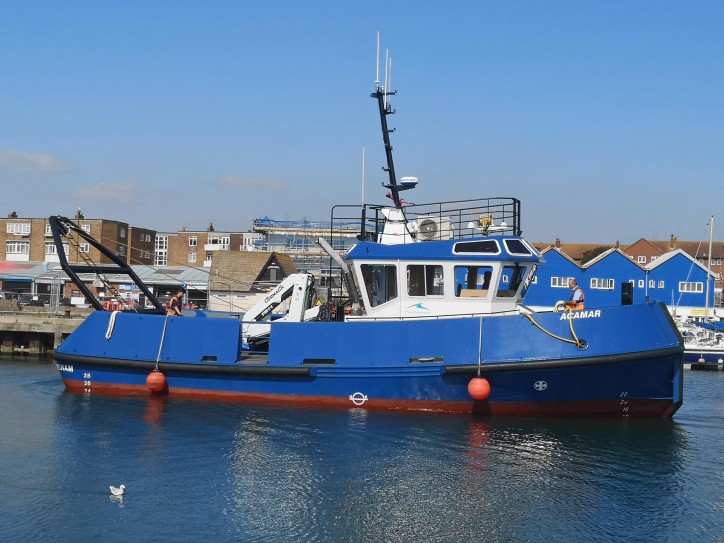 Seabed levelling is a modern-day dredging technique used in many ports and harbours. The process involves towing a plough along the seabed levelling high spots and ridges, by moving the material to nearby deeper areas and getting the tidal stream to move the material in suspension for longer distances. Built up material can also be removed from berths and other inaccessible areas into the tidal stream or to an area where a trailer suction hopper dredger is operating.

Acamar comes from the Arabic phrase meaning ‘end of the river’. It was decided to be a suitable name choice for the new tug due to its links with Shoreham Port’s tug Adurni, which is the Roman name for the River Adur. 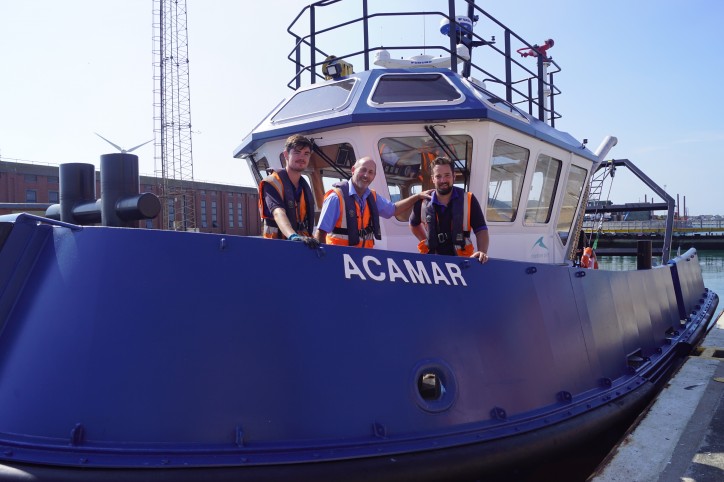 Acamar is a 16 metre general-purpose Harbour Tug which was built by Macduff Ship Yard in their ship yard based in Scotland. Acamar is a bespoke vessel, built specifically to suit Shoreham Port’s diverse requirements both within Shoreham Harbour and when contracted out around other harbours and marinas. Acamar has superior stability, a bigger crane and lots more room for the Tug Crew due to its improved layout.

Julian Seaman, Harbour Master & Director of Marine Operations at Shoreham Port commented “It’s an exciting time at Shoreham Port with the arrival of our new tug Acamar. Acamar is a valuable addition to our fleet, which we will utilise alongside the Adurni to continue to meet the requirements of our customer base.”