Traffic flows between the Belgian port of Antwerp and the hinterland market in Hungary and Austria are increasing continuously. In order to meet the growing demand, the Antwerp Port Authority is promoting the expansion of hinterland connections, especially by rail. Two regular rail connections to Hungary have been established since 2015 and rail services to Austria have been expanded from one to currently three. At a port event held near Vienna on 27 September, leading representatives of the Antwerp port industry provided information on the further development of these transports with Austria and Hungary. 200 guests from both countries followed the invitation of the Antwerp Port Authority. 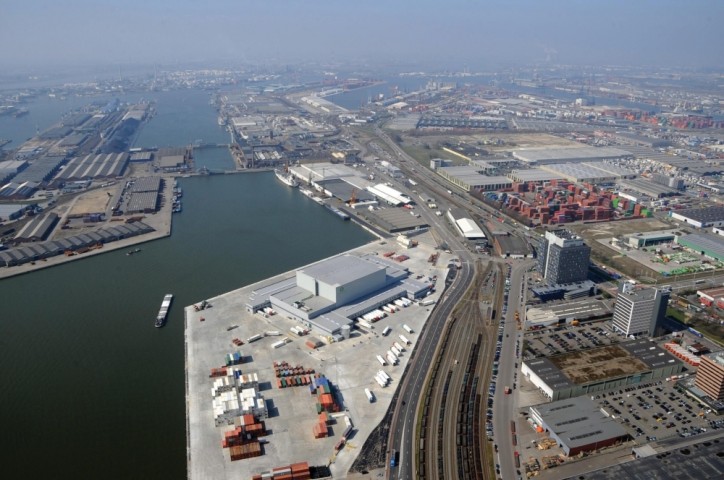 Hungary and Austria are an attractive but highly competitive market for the northern, southern and western ports. Due to its central location, Antwerp offers good conditions for the pre- and post-carriage of international flows of goods and is already an important import and export hub for the Central and Eastern European industry - with increasing demand for intermodal connections in particular. On 11 September 2018, the intermodal network operator Hupac  added a new scheduled service between Antwerp, Vienna and Budapest with two round trips per week to its network.

Further intermodal providers on these routes are Rail Cargo Logistics Austria in cooperation with Rail&Sea, Lineas Intermodal and Kombiverkehr, which offer regular connections to and from Linz, Vienna, Wels and Budapest and thus connect Austria and Hungary with important overseas destinations via Antwerp.

"The growing intermodal offer between Antwerp and Central and Eastern Europe is a very pleasing development for shippers in Austria and Hungary. In recent years, the port has invested heavily in expanding its hinterland connections to these countries," says Walter Holzhammer, Port Representative for Austria and Hungary of the Antwerp Port Authority.

Potentials for the shipping industry in Hungary and Austria

The transported goods include steel, machinery, cranes, railway wagons and wind generators, chemical and petrochemical products, containers and goods from the automotive industry. Hungary in particular has developed into an important automotive location with all upstream and downstream logistics services. Well-known manufacturers have production facilities here.

"The strong automotive industry in Hungary offers great development potential for intermodal connections to the port of Antwerp, not only in the area of Finished Vehicle Logistics or CKD transport. The supply industry, which is developing around automobile production, will also benefit from new services between Hungarian production centers and Europe's second largest seaport," says Walter Holzhammer. "Hungary can also serve international overseas markets as a 'granary' for Central and Eastern Europe via the Antwerp hub. For the hinterland connection, bulk cargo by inland waterway is of course particularly suitable."

The Austrian economy has already recognized this potential: in 2017 the total transshipment for Austria alone amounted to around 3.5 million tons, which corresponds to a growth of over 14 per cent compared to the same period last year. 15 percent of all Austrian seaport transit traffic passes through the port of Antwerp, which thus ranks fourth behind Koper, Rotterdam and Hamburg in the Austrian seaport balance. Exports increased by around 17 percent in 2017, Austrian imports via Antwerp by 12 percent.

Luc Arnouts, Director International Networks of the Port of Antwerp, adds: "For the coming years we expect a significant increase in the flow of goods from Austria and Hungary. We must therefore continue to push ahead with the establishment of additional regular transport links in order to cope with this growth. The focus is on intermodal transport solutions and the establishment of regional hubs and consolidation centers. Here, freight traffic from Austria and Hungary can be efficiently bundled."

The Port of Antwerp is increasingly focusing on rail transport, but is also well connected by waterway. Important European inland terminals such as Duisburg, Ludwigshafen, Regensburg and Basel can be reached by inland waterway vessel. The Austrian inland ports of Linz, Enns, Krems and Vienna can be reached via the Danube.

The Antwerp Port Authority is not only focusing on a sustainable shift of traffic to rail and inland waterways in the hinterland, but also on traffic within the port. The railways' share, for example, is to be doubled from the current seven percent to 15 percent in the next five years. The project is being implemented by Railport, a joint initiative of the Antwerp Port Authority, the Left Bank Development Corporation and the industry associations essenscia Flandern and Voka Alfaport. To this end, constructive talks are currently being held with the Belgian railway infrastructure company Infrabel to develop a new management model for the rail infrastructure in the port and thus make rail transport more flexible and efficient.