The Panama Canal announced that it expects to receive approximately 234 cruise ships through the Panamax and Neopanamax Locks during the upcoming 2018-2019 cruise season. The first transit will occur on Oct. 5 with the Seven Seas Mariner, on a northbound transit travelling from the U.S. West Coast to the U.S. East Coast. 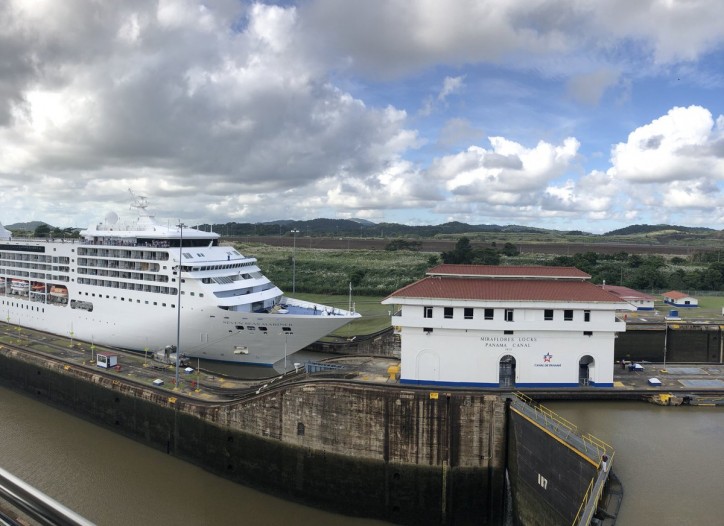 "As the second full cruise season with the Expanded Canal, we aim to build off our recent milestones and success," said Panama Canal's Senior International Trade Specialist Albano G. Aguilar. "In the next year, we look forward to welcoming more than 237,000 passengers through the Panama Canal."

The Norwegian Bliss, the largest passenger vessel to ever transit the waterway, will return to the Neopanamax Locks again this season, along with the Caribbean Princess, Carnival Freedom and Disney Wonder. The Norwegian Bliss transited the Panama Canal for the first time in May 2018, and weighs more than 168,000 gross tons and can carry nearly 6,000 passengers. In addition, the Carnival Triumph, Carnival Valor, Emerald Princess will transit for the first time the Neopanamax Locks.

As in previous years, leading shipping lines such as Holland America Line, Princess Cruises, Royal Caribbean Cruises, and Norwegian Cruise Line, among others, will offer itineraries this season with complete and partial transits that feature Panama and the waterway. Smaller cruises, including the Wind Star and the expedition cruiser National Geographic Quest, will include itineraries of 7 and 8 days, respectively, with the west coast of Central America as their destination.