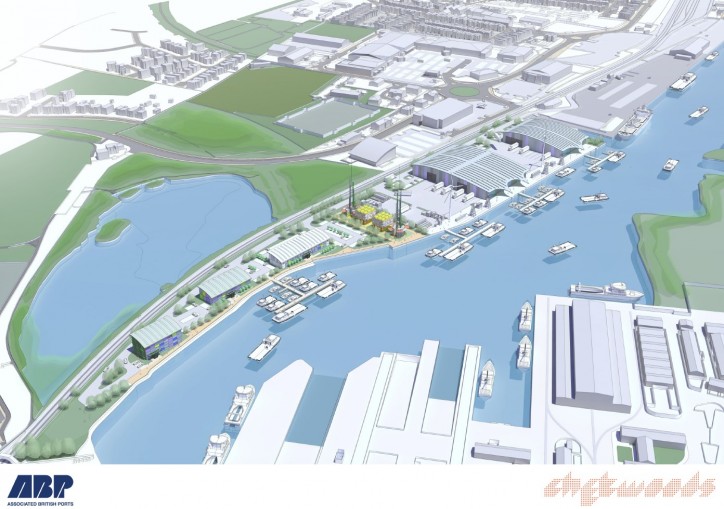 This follows an announcement in October that ABP has signed a new contract with trailblazing Norfolk boat builder, Goodchild Marine Services Limited, to construct a new state-of-the-art pilot boat for the port.

The demolition is focused on the former Shell Lowestoft base which served the Southern North Sea operations of Shell and was an important employer until its closing in 2004 and is an important phase of making the site available to support future local business growth.

Having started in August 2018, the demolition programme is progressing to schedule. So far 8 acres have been cleared with the remainder of the area to be free of all structures by early 2019 and made ready for use by industry.

Andrew Harston, ABP Short Sea Ports Director, said: “We are committed to investing in the future of the region and will continue to improve our offering to existing and potential customers.

“The new site will afford massive potential for a range of different industrial uses. It would make a perfect base for additional operations and maintenance centres to support the offshore wind industry, which would further underpin Lowestoft’s position as the East of England’s renewable energy hub. We have engaged architects to help bring this vision to life for our energy partners.

“We are proud to support Lowestoft’s development as a strategically important centre for the UK’s offshore wind sector, and are pleased to work with partners of the calibre of ScottishPower to build on the region’s history in offshore energy.”