APM Terminals Poti, Georgia,  has commissioned a new, state-of-the-art, revolving spreader to load copper concentrate into bulk vessels. The spreaders are designed to improve efficiency and minimise the impact on the environment during bulk cargo loading operations. 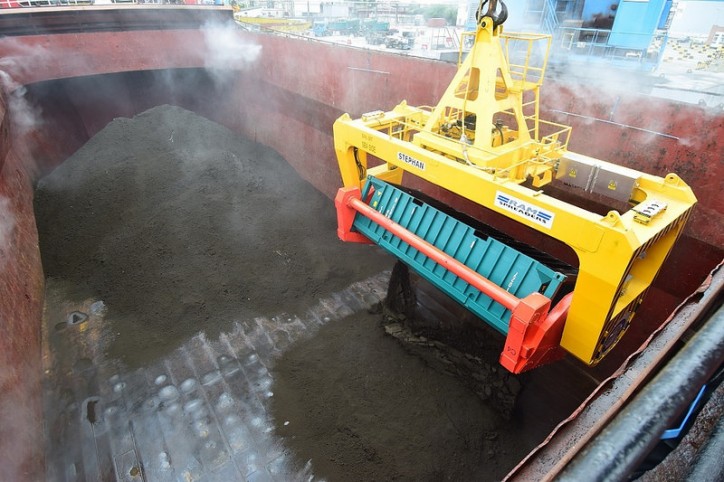 In traditional operations, product is loaded from a pile on the ground into the holds of the vessel. During this process product is lost due to the wind blowing and rain washing it away. Even with careful sweeping it is difficult to collect everything after it has been lying on the ground. This not only has financial implications but also a severe impact on the environment as most of the product ends up in the ocean.

In a closed warehouse, the copper concentrate is loaded in reinforced open top containers covered by a tarpaulin, before embarking on its 4km journey to the terminal. The revolving spreader attaches to a Mobile Harbour Crane in the same way that regular spreaders do. Once suspended over the hold of a vessel, it turns the container upside down and deposits the contents at the bottom of the vessel’s hold. As the product is loaded into the vessel, a hatch-mounted misting system prevents the copper dust from being blown away.

"With this solution, we have addressed the needs of our customer; enabling both sides to become more efficient and environmentally friendly. Furthermore, with the same equipment and infrastructure, we can now expand into a market with the potential for several million tons of bulk cargo,” explains Klaus Holm Laursen, managing director of APM Terminals Poti.

This method assures compliance with all environmental, IMO and REACH regulations as the concentrate never touches the ground, avoids spillage, dusting and water contamination. It also improves worker’s Health & Safety and significantly speeds up terminal and port operations and daily vessel loading rate.

“At the traditional bulk facility, we were happy if they would load 5,000 tons in a day using three cranes. Today we experience loading of 10,000 tons in a day on a single crane,” says Michael Mogilevsky, founder of Caucasian Metals Terminal, APM Terminals business partner in this operation.

With some commodities selling for more than 3,000 dollars per ton, just a small percentage of waste can add up to millions of dollars of lost product over the course of a year. “We are seeing not only more product actually being loaded with less environmental impact, but we are also experiencing a cost advantage on the number of days we need to charter the vessel," adds Michael. 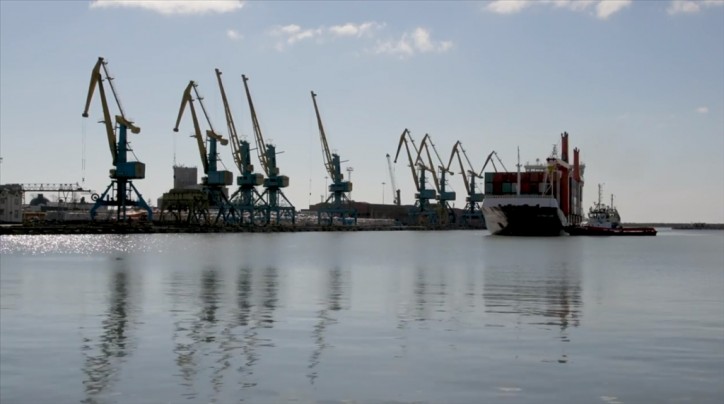 Opening up new markets for the Port

APM Terminals Poti is the largest port in Georgia with a market share of 80% of the container traffic. Over the coming months, Poti is looking to attract additional bulk cargoes to load using the new method. The company continues to upgrade the current port infrastructure and equipment to make Poti the most productive and safest port in the region while maintaining its preeminent position as the leading gateway for containers and general cargo to and from the Caucasus and Central Asia.