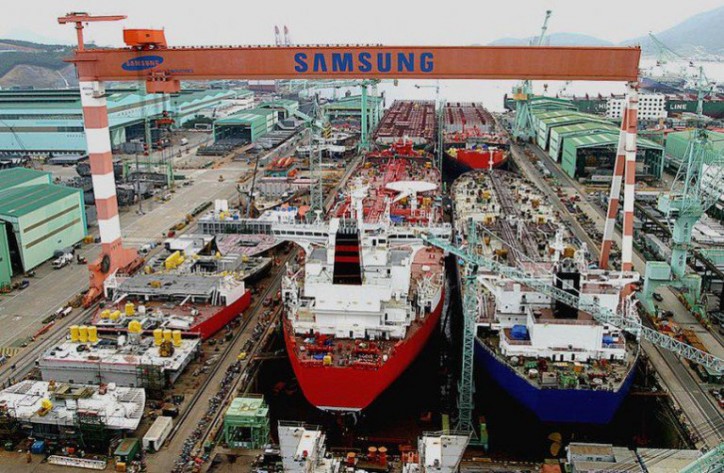 Backed by the fact that there is virtually no solvent, a type of volatile organic compound, the solvent-free coating is eco-friendly paint which is safe from fire and explosion hazards and harmless to humans. Also, it meets stringent vessel standards with its superior surface protection function.

Moreover, it is easy to use as the paint viscosity is low even without any solvent component, and it is possible to achieve the desired thickness with only one coat. This will dramatically reduce a construction period, ultimately increasing productivity.

Despite its numerous advantages, existing solvent-free coatings in the market have not been popular in the shipbuilding industry as they are considered unproductive and hard to utilize for commercial vessels due to its high viscosity, requiring not only a dedicated expensive device for coating but also longer time to preheat and cure.

By virtue of its development of the eco-friendly coating technology which transcends the technological limitations, SHI is now able to set itself apart from its competitors with better technological competitiveness in the shipbuilding industry.

"In terms of painting, the automation technology is lagging way behind because existing solvent coatings pose an explosion hazard", said Seong Kil Nam, the head of Production R&D Center of SHI. "I believe that the application of the solvent-free coating to commercial vessels will trigger automation development such as robotic painting and further enhance the painting productivity".

Currently, Korean shipbuilders, faced with the government's more tightened environment regulations on hazardous air pollutants (HPAa), have to install tens of billions won worth of air pollution facilities gradually by 2020. In this situation, this solvent-free coating comes to the fore as one of the solutions which can respond to the environmental regulations.

Byeong Se Yoo, Executive Director of the Korea Offshore & Shipbuilding Association, said, "most of the hazardous pollutants emitted from shipyards are volatile organic compounds generated from the existing solvent coatings; since the solvent-free coating can become a solution to reduce air pollution, further discussion is needed to extend its application in the industry in the future.