Rolls-Royce has signed agreements for the supply of mooring equipment to drilling rigs under construction at Singapore’s KeppelFELS yard and China Merchants Heavy Industry’s facility in Jiangsu, China. 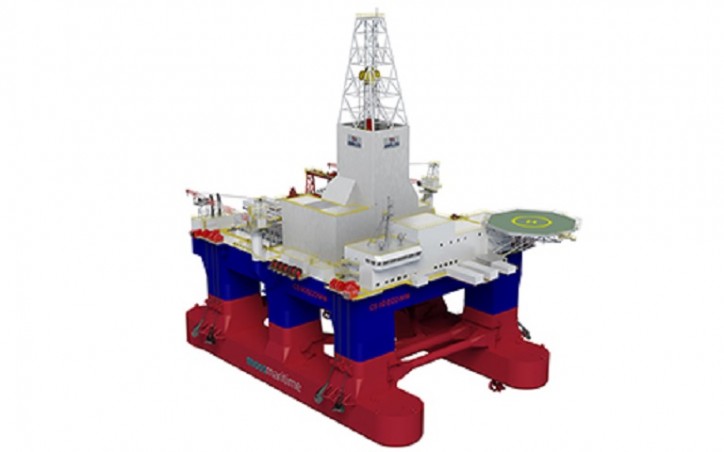 The 12-point mooring system Rolls-Royce will deliver to Jiangsu for installation to CMHI’s newly designed CM-SD1000 drilling rig represents the world’s first to be outfitted with the new R6 grade rig chain.

With a minimum breaking load of 1048t, the new chain quality raises the standard in 12-point mooring systems since it allows for a maximum 480t capacity on each winch. Each high capacity winch will be class-approved according to the requirements of both CCS and DNV GL.

The winches also feature a new splash lubrication system for all gear trains. This replaces the traditional grease lubricated gears to reduce maintenance costs and mitigate against the safety risks associated with grease spilling onto the working deck.

Meanwhile, the Rolls-Royce 12-point mooring system destined for the Moss CS60Eco-type drilling rig KeppelFELS is building for Awilco Drilling will be based on a minimum breaking load of 858t. This arrangement provides a 450t maximum capacity on each windlass and a static braking capacity of 1,030t.

These winches, designed according to DNV GL, Norwegian Maritime Authority and NORSOK requirements, will also be equipped with splash lubrication for all gear trains and its E-mooring control system, both of which Rolls-Royce now offers as standard. Previously this year Rolls-Royce Commercial Marine announced a large contract to deliver five engines and four large UUC thrusters that will power the new offshore drilling rig to Awilco Drilling plc.