The new ship, named LAUREL PRIME, will be the seventh vessel of its type for Astomos Energy. In addition to energy saving performance, the ship will have the capability to adapt flexibly to major LPG terminals worldwide, as well as specifications compatible with the newly expanded Panama Canal. Completion and delivery is scheduled for the end of December, 2018. The vessel will be operated by Nippon Yusen Kaisha (NYK Line). 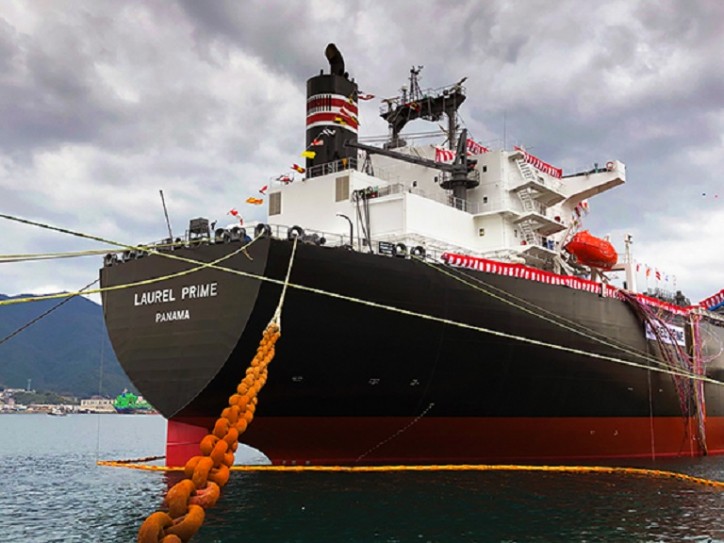 The christening ceremony, held at the Koyagi Plant of MHI's Nagasaki Shipyard & Machinery Works, was attended by representatives of the shipowner, along with many other guests. Astomos Energy President Seiya Araki named the ship, while his wife performed the ceremonial rope cutting.

The LAUREL PRIME has a length of 230m, a width of 36.6m, and depth of 21.65m, with a draft of 11.1m. Deadweight tonnage is approximately 48,300 tons, with total tank holding capacity of 83,000m3. Launching took place on September 12, 2018. Construction was managed by MHI Group Company, Mitsubishi Heavy Industries Marine Structure Co., Ltd., based in Nagasaki. 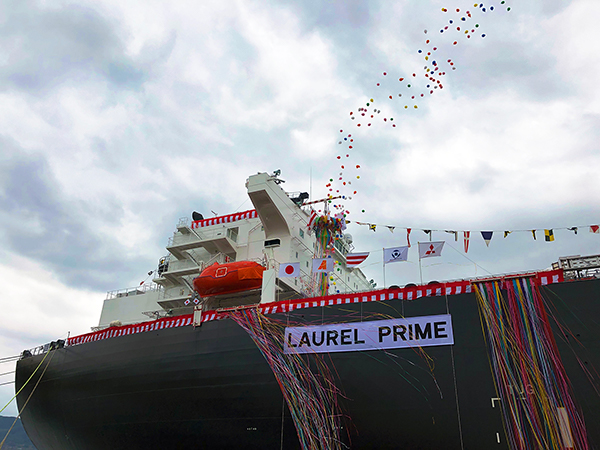 The new vessel utilizes a unique hull form derived from the design and manufacturing capabilities, providing exceptional fuel efficiency and high compatibility to the various LPG terminals in the world. This is the 11th vessel in its LPG carrier series.