Incheon Port Authority announced that the container traffic volume of Incheon Port reached 3 million TEU as of December 19 according to its rough aggregation. Compared to last year's attainment of 3 million TEU that was made on December 27, the date was shortened by eight days. 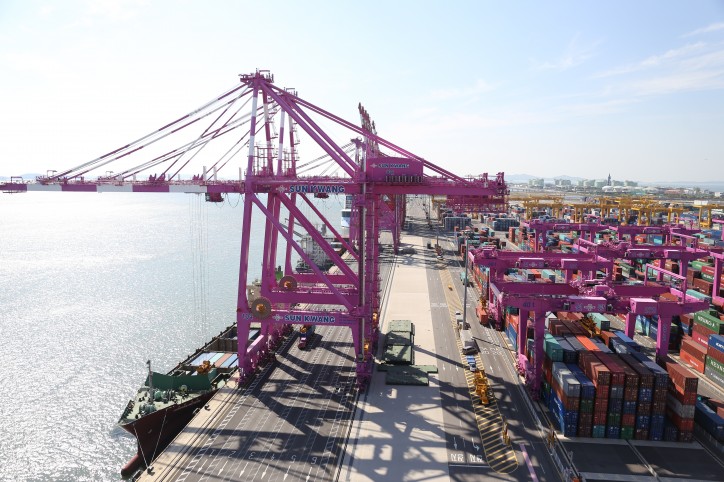 From IPA, the meaning of shortening the time to achieve 3 million TEU was analysed as, “not only has the volume of existing routes at Incheon Port increased under adverse conditions such as the U.S.-China trade dispute and the U.S. sanctions against Iran, but also there have been three new routes opened in July and November of this year, and due to enthusiastic efforts such as export-import shippers marketing, the volume of trade is steadily increasing, especially in Vietnam and Thailand,” then “in addition, the traffic volume of the ocean line reached 102,031 TEU based on November aggregation, 33,342 TEU increased (48.5 percent) from 68,689 TEU in the same period last year, which was due to the implementing effect of the '30% reduction on vessels usages fee in ocean line.’

Based on the cumulative total of November by countries, the trade volume with China reached 1,691,325TEU and has increased 1.6% year-on-year, the upward trend has slowed down, but Vietnam had 288,885TEU with a 17.3% increase and Thailand had 119,024TEU with a 9.1% increase, from which can be analyzed that IPA has the effect on diversifying its routes, breaking some away from the current phenomenon of China-oriented traffic volume heavy loads.

The export and import traffic volumes for each major domestic port based on cumulative total to November are 9,342,541TEU of Busan Port, increased 0.3 % year-on-year, 2,814,141TEU of Incheon Port, increased 4.1% and 1,662,500TEU of Gwangyang Port, 3.5% increase which represent that the highest growth rate among the major container handling ports.

Meanwhile, according to IPA, container traffic volume at Incheon Port is expected to reach 3.12 million TEU by the end of this year, 72,000 TEU increase (2.4 percent) from 3,048,000 TEU from last year record.

Source: Incheon Port (Additional information about the Port at CruiseMapper)