Fifteen crew members were evacuated after a fire erupted at a dry cargo vessel off Istanbul’s southern coast on Friday, a local official said. 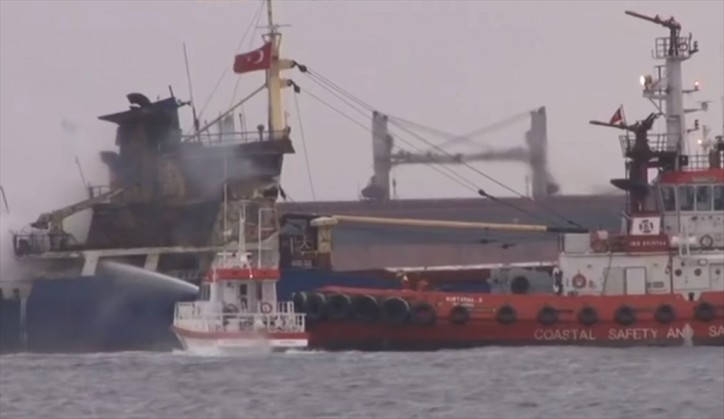 “A police boat was dispatched to the scene. 15 crew members were rescued and taken to [Istanbul’s] Kartal port,” Yerlikaya said.

The fire has been extinguished and the process of cooling is in progress.

The cargo ship Mark coming from Beirut anchored offshore in Pendik on Jan. 2. The Togo-registered ship is owned by a Turkish national and all the crew members aboard are foreigners.