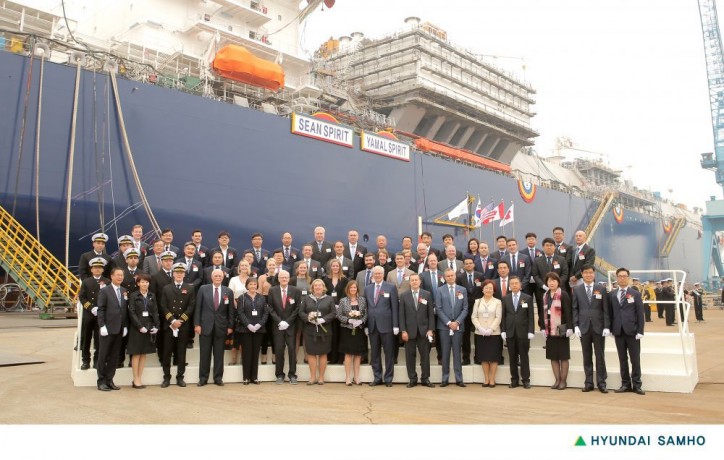 "Now we have Sean Spirit, the third in the “Legacy” Class of vessels that rightly salutes key people who have driven Teekay’s success over our 45 year history. When 17-year old Sean Day went to sea as a cadet, he surely didn’t believe that one day a company would name a ship after him….

Congratulations to Sean Day, Teekay Chairman Emeritus, and his family who attended the event." 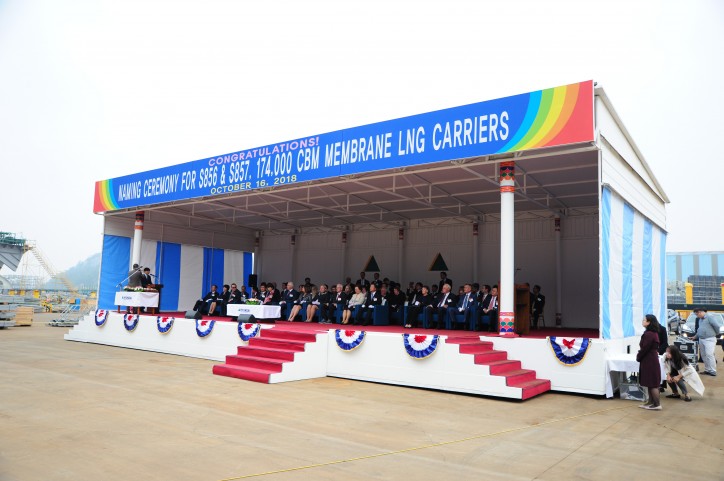 Attendees at the naming ceremony included guests from different parties involved in the project, to make the event even more special, including representatives from BP, Crédit Agricole, Socgen, KEXIM, DNVGL, HSHI and HHI.

Both ships are due for delivery in early 2019:  Sean Spirit will be on a long-term charter with BP Shipping;  Yamal Spirit to Yamal LNG.

"Good luck, fair seas, and safe operations to the crews of both ships."