A $67 million waterfront expansion concluded at the Port of Oakland this month, as TraPac marine terminal opened its newest vessel berth to arriving container ships. 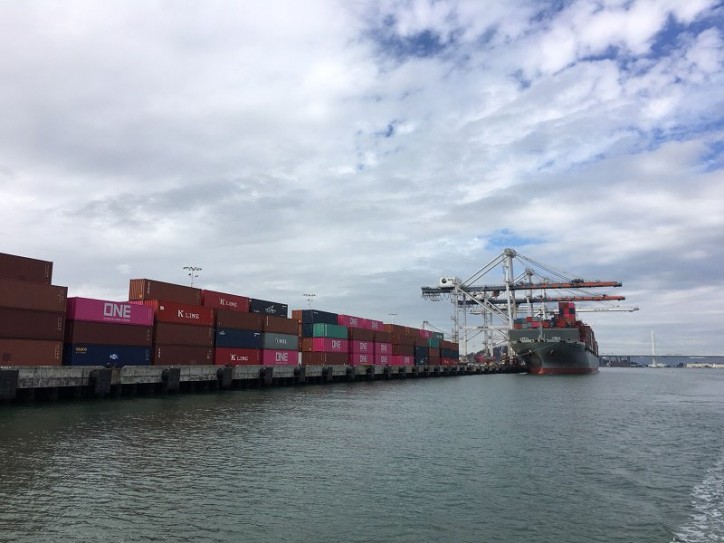 The milestone signals completion of a 2-year project at Oakland’s second-largest terminal that has:

“We are grateful to dockworkers, truckers, carriers, cargo owners and all of our stakeholders for working with us during this buildout,” said TraPac Operations Vice President Brian Bauer.  “We forecast continued cargo growth in Oakland and we are ready for it.”

TraPac officially began its new era in Oakland this month when the container vessel Bay Bridge tied up at Berth 25.  Fittingly, the ship moored in Oakland’s Outer Harbor near the San Francisco Oakland Bay Bridge.

TraPac handles about 15 percent of the containerized cargo moving through Oakland.  Much of it is refrigerated cargo destined for Japan, a major Oakland trading partner.  TraPac said that during expansion, it increased plug-in spaces for storing refrigerated containers from 388 to 860.

TraPac signed a 14-year-lease with the Port in 2016 as a precursor to its expansion.