The U.S. Coast Guard’s most technologically advanced polar icebreaker, Healy, arrived at Vigor’s shipyard in Seattle in early January for maintenance, the company announced in a release. 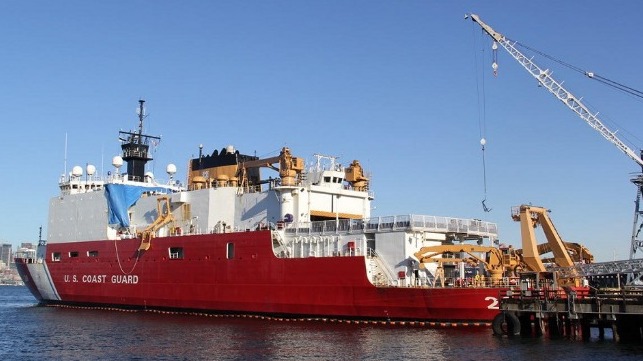 The Seattle-based vessel will be at Vigor’s Harbor Island facility through June. Healy returned home at the end of November following a four-month deployment in the Arctic.

In addition to providing presence and access in the Arctic during the 129-day summer deployment, the Healy crew completed three research missions in partnership with the National Science Foundation, the National Oceanic and Atmospheric Administration and the Office of Naval Research, conducting physical and biological research in the Arctic Ocean.

Along with science operations, Healy is capable of conducting a range of Coast Guard operations such as search and rescue, ship escorts, environmental protection and the enforcement of laws and treaties in the polar regions. Healy provides access and presence throughout the Arctic region to protect U.S. maritime borders and to safeguard the maritime economy.