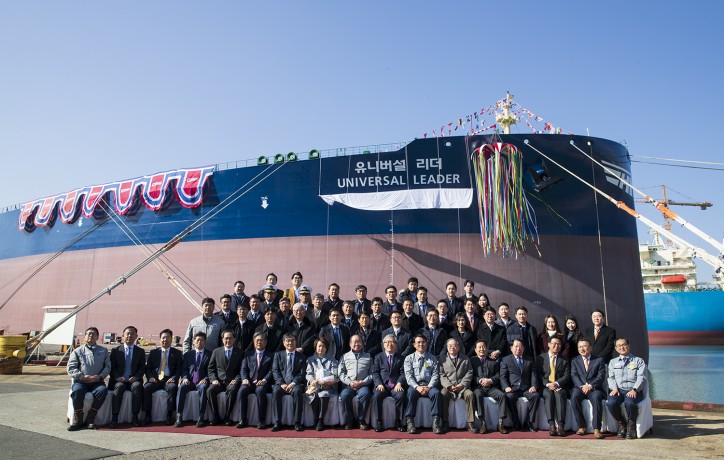 Additionally, Mrs. Jang Mi No, Mr. Hwang’s wife, took on the role as godmother who cut the ropes to officially name the ship during the ceremony.

In September 2017, HMM signed a contract with DSME for construction of five VLCCs and ‘Universal Leader’ is the first of five VLCCs scheduled to be delivered every two months until this September.

Also, all vessels are equipped with a scrubber system in preparation for IMO environmental regulations and ship engines ensure optimal economic speed to save fuel. 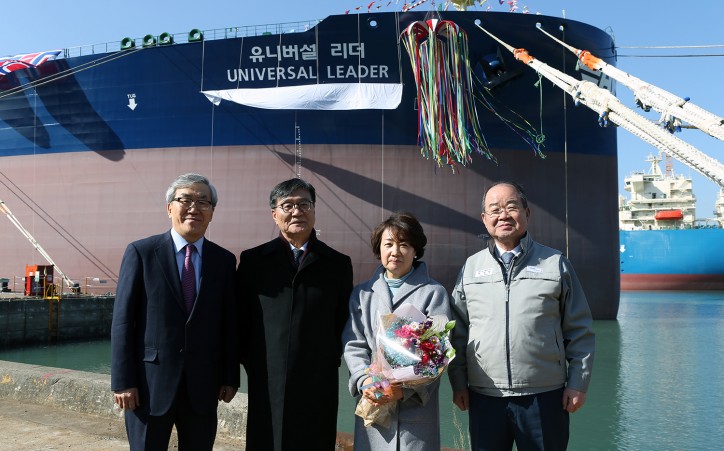 In 2017, HMM placed an order for five VLCCs worth approx. KRW 470 billion (USD 420 million) to take proactive actions towards market change, as shipbuilding costs fell to the lowest level since 2003.

HMM CEO C.K. Yoo said, “The launch of Universal Leader is a springboard for HMM’s Quantum Leap. HMM will move forward through securing five VLCCs in addition to the delivery of twelve 23,000 TEU and eight 15,000 TEU eco-friendly mega containerships from 2020 and 2021 respectively.”

Meanwhile, ‘Universal Leader’ will be flexibly deployed in a spot market after its naming ceremony, and two of five VLCCs will serve a five-year consecutive voyage contract with GS Caltex, worth KRW 190 billion, signed in March last year.