The Northwest Seaport Alliance released an economic impact report detailing the benefits of marine cargo to the state of Washington. The combined ports of Seattle and Tacoma make up the fourth-largest container gateway in North America, and directly support 20,100 jobs and $1.9 billion in labor income. The marine cargo industry produced an average annual wage of $95,000 and directly supported $5.9 billion in business output. 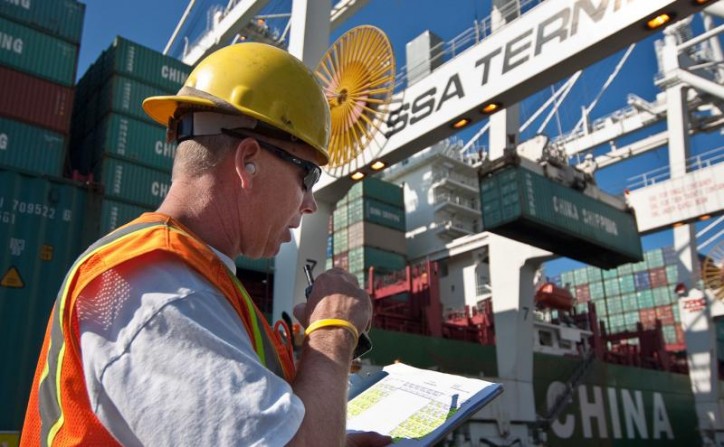 “More than 90 percent of the world’s trade travels over water, with total volume expected to triple by 2050,” said Port of Tacoma Commission President and NWSA Managing Member Clare Petrich. “NWSA ports need to be primed and ready to serve the future needs of our entire state.”

“The 3.7 million containers the ports of Seattle and Tacoma handled in 2017 supported 15,000 jobs and $1.5 billion in income and benefits. These middle-class jobs, averaging $95,000, are the backbone of an inclusive economy and underscore the importance of protecting and investing in our working waterfront,” said Port of Seattle Commission Vice President and NWSA Managing Member Fred Felleman. “These port-related jobs are among the top-earning industries in King and Pierce counties.”

The Northwest Seaport Alliance represents one of the largest marine cargo gateways in the U.S. In 2017, more than 3.7 million twenty-foot equivalent units (TEUs) carrying 26.1 million metric tons of containerized cargo were handled at The Northwest Seaport Alliance across facilities at the ports of Seattle and Tacoma. The majority of this cargo was international, though 700,000 TEUs were shipped to and from Alaska, Hawaii and other domestic locations.

“ILWU Locals have a long and proud history of contributing to the economic prosperity of the Puget Sound region,” said Dan McKisson, president of Puget Sound ILWU District Council. “This report confirms what we live every day, that a strong working waterfront benefits everyone in Washington state.”

“We, along with the rest of the Eastern Washington agricultural community, rely on the NWSA’s ports to reach our customers overseas,” said David Roby, brand manager at Domex Superfresh Growers, a Yakima-based grower and shipper of Pacific Northwest fruits. “This translates into real value for businesses like our and livelihoods for our employees and partners across the supply chain.”

Factoring in upstream business-to-business transactions (indirect) and worker earned income household consumption expenditures (induced), the NWSA activities supported 58,400 jobs across the state economy—the equivalent of a job multiplier of 2.9. In other words, for every direct job, marine cargo activities through the NWSA support an additional 1.9 jobs throughout the Washington state economy.

The NWSA containerized cargo facilities include six properties in the South Harbor and five in the North Harbor. In 2017, the NWSA handled more than 26.1 million metric tons of containerized cargo, directly supporting an estimated 14,890 jobs, $1.5 billion in labor income (including wages and monetized benefits) and $4.5 billion in business output.

Factoring in indirect and induced economic impacts, containerized cargo operations supported a total of 45,500 jobs, $3.2 billion in labor income and $9.7 billion in business output in 2017.

Other highlights of the report include: