The Port of Barcelona closed FY 2018 with record results in the main traffic indicators and reinforces its role as the main facilitator of export activity, aimed at increasingly diversified and further distant markets. The results also confirm the increase in intermodality, with significant growth in rail transport and Motorways of the Sea, helping to boost the sustainability of the logistics chains that pass through the Port of Barcelona. 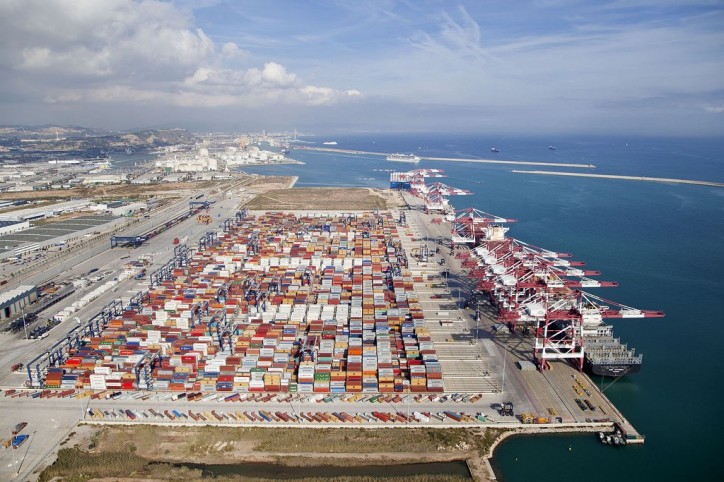 During financial year 2018, the Catalan infrastructure channelled 67.7 million tonnes of traffic - involving all cargo modes - representing a year-on-year increase of 10% and setting a new record for the Port.

This result was driven largely by the excellent progression in container traffic, the most representative of the surrounding economy, which was over 3.4 million TEU, marking a 15% increase. This growth is even more significant if we take into consideration that it comes on top of the significant increase experienced in 2017 (+32.5%), when Barcelona became the fastest-growing European port.

"Here, we would point to the good results of transhipment containers - unloaded then re-shipped to their final destination -, which increase by 35%. Foreign trade containerised cargo also performed well, particularly exports. Thus, the Port of Barcelona channelled 752,915 export TEU, marking an increase of 6.6% year on year. Imports (580,892 TEU) also increased by 3.5%."

In addition to the historical results in total and container traffic, 2018 marked a third record in activity: liquid bulk, with 15.2 million tonnes (mainly hydrocarbons) that grew by 5.2%. By volume, the most important product is natural gas (+3%), followed by gasoline (+12.6%). However, biofuels are the liquid bulk that increased the most (+34.8%).

Furthermore, during financial year 2018 the Port of Barcelona recorded vehicle traffic of 810,218 units, 3% down on the previous year. This result contributed to the decline in imports and, to a lesser extent, that of exports.

The Port of Barcelona also posted record results in terms of intermodality and, specifically, rail transport - both of containers and vehicles that arrive and leave the port area - and the goods transported on the Motorways of the Sea.

On the one hand, in 2018 the Port of Barcelona handled 262.379 TEU of containerised rail transport (+7.7%). This result led to a 13.3% increase in the proportion of Port traffic moved by rail. Rail transport also increased its share for the arrival and departure of vehicles at the port terminals. In total, car transport by rail exceeded 263,900 units (+11%), a result that took the rail share of vehicles to 36.2%. In 2018 the Port of Barcelona's rail services made it possible to avoid emitting a total of 55,200 tonnes of CO2.

The Motorways of the Sea, regular lines connecting Barcelona with various destinations in Italy and North Africa, progressed very positively in 2018, helping to divert nearly 150,000 trucks from the roads to the maritime mode, which is more sustainable in economic and environmental terms. This figure represents an increase of 7% in goods transported by short sea shipping services that regularly connect with ports such as Civitavecchia, Genoa, Savona, Livorno, Porto Torres, Tangier, Algiers and Tunisia. 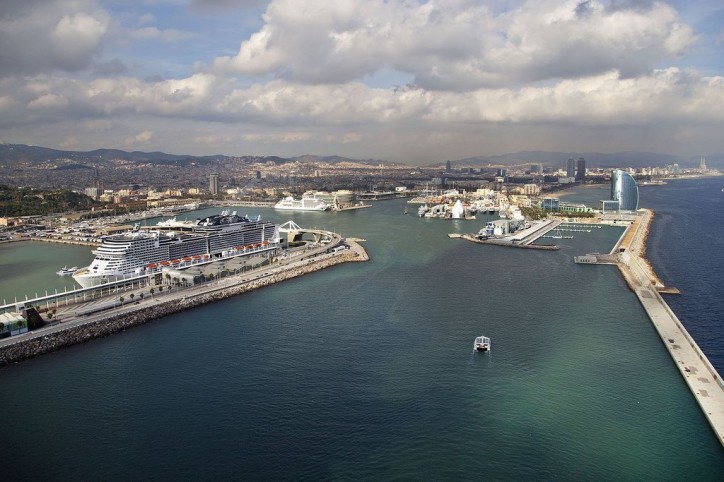 Source: Port of Barcelona (Additional information about the port at CruiseMapper)