Luka Koper is about to start the construction of a new set of railway tracks in the north-eastern part of the port, primarily aimed to facilitate the work and speed up operations at the car terminal. Construction activities are expected to begin in the middle of this year and if all proceeds as planned, the first trains will run on the new railway tracks at the beginning of 2020. 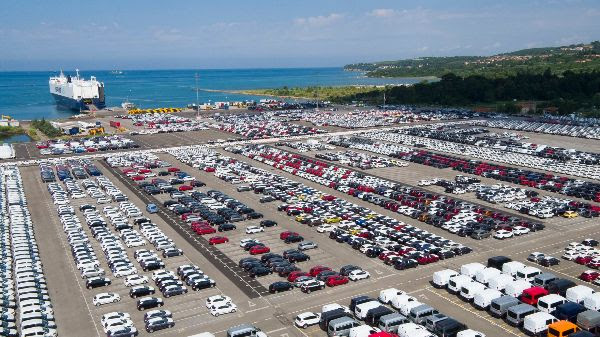 Following a public procurement process launched by the Luka Koper, Kolektor CGP was selected as best bidder for the construction of new railway tracks in north-eastern part of the port. Construction activities are expected to begin in the middle of this year and if all proceeds as planned, the first trains will run on the new railway tracks at the beginning of 2020.

In the Port of Koper, there are 35 kilometres of industrial railway lines which lead to various warehouses and quays. The north-eastern part of the port where cars are mostly stored is the only area which lacks access to the railway network. Considering that the port throughput has grown considerably over the recent years and comprised 755 thousand units handled last year, a decision was adopted to set up a new series of railway tracks that will facilitate the work and speed up loading and unloading of cars from railway wagons. 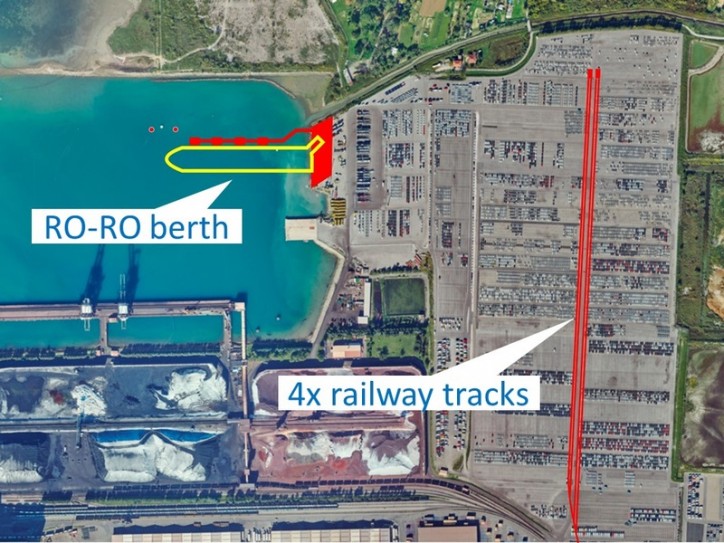 The investment project anticipates construction of four from 700 to 1000 metres long parallel railway tracks with hydraulic lifting ramps placed at each track’s end, permitting the un-/loading of vehicles. The new railway connection will shorten the vehicles’ transportation routes from trains to parking lots or to other loading points within the port. In addition, it will increase productivity and safety and will allow the arrival of longer compositions. Considering that the modal split at the Car Terminal was 59% against 41% in favour of the road traffic, it is reasonable to expect that the percentage of railway transport will grow over the next years.

"Just a stone’s throw away, at the edge of Basin 3, we are planning to build up a new RO-RO berth for car-carriers. A tendering process for the selection of a construction company was launched only a few days ago. The berth will consist of a series of individual fenders against which ships can lean, as well as of a concrete loading ramp. For the purpose, the surrounding sea bed will have to be dredged as well. The new berth will significantly shorten the transportation routes, especially those taking to the warehouses on the right bank of the river Rižana."

In addition, the new RO-RO berth will relieve all other already existing berths where ships with other types of cargo will have the possibility to moor in the future. The building permit for the construction project has already been released and the construction work is expected to be completed in the first quarter of 2020. Later on, construction of a mooring pontoon for the requirements of the Slovenian army is also planned on the north side of the landing fenders.

The new RO-RO berth and the new railway tracks whose total value is estimated at 12 million euros are part of the investment project co-financed up to 30% by the EU CarEsmatic project. The purpose of the said project is to increase the use of motorways of the sea for transportation of new cars in the Mediterranean basin, thus improving accessibility to the ports of Koper and Barcelona. In addition to Luka Koper, the partners in the CarEsmatic project also are Barcelona Port Authority, the terminal operator Autoterminal S.A. and the shipping company Neptune Lines.

Source: Luka Koper (Additional information about the port at CruiseMapper)