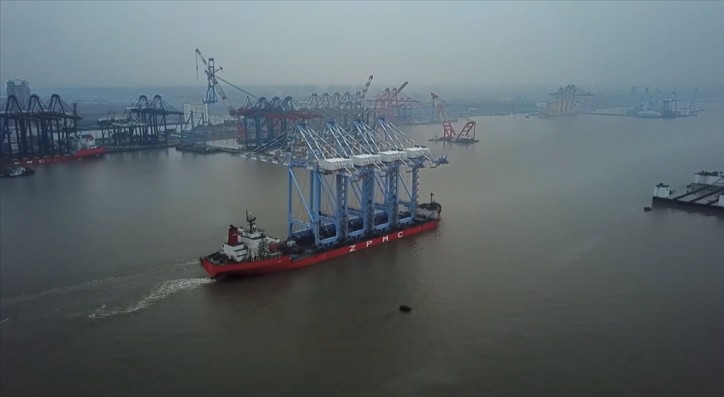 Among the largest on the West Coast, these cranes are identical to the four that arrived in the Pacific Northwest last year.

Puget Sound Pilots are scheduled to board the Zhen Hua 31, a 771-foot-long heavy-lift ship, Tuesday morning in Port Angeles and begin the journey to Tacoma. Here are possible viewpoints along Puget Sound.

The ship will sit at anchor in Commencement Bay for a day or two before delivering the cranes to Husky Terminal at the northwest end of the Blair Waterway.

ZPMC is the largest heavy-duty equipment manufacturer in the world and delivers more than 200 cranes every year around the world, including many seaports in the U.S.

Learn more about the cranes in the short video below:

The cranes will be installed at Husky Terminal, which underwent about $250 million in terminal improvements on Tacoma’s General Central Peninsula.

The new cranes will have an outreach of 24 containers and a lift height of 165 feet above the pier deck.