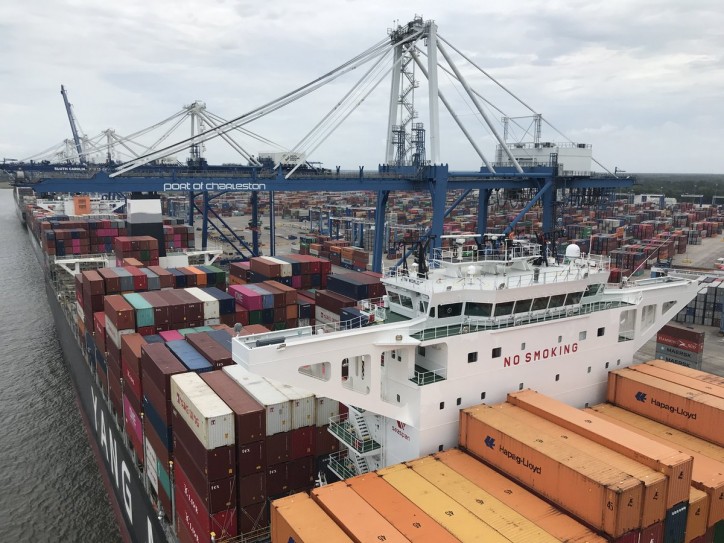 As measured by the total number of boxes handled, SCPA moved 116,443 pier containers in April for a total of 1.1 million containers fiscal year to date.

“April was strong for SCPA’s container business, supporting volumes well above planned levels with only two months remaining in the fiscal year,” said Jim Newsome, SCPA president and CEO. “Our continued growth is testament to the commitment and skills of our employees and maritime community, and we look forward to a very positive FY2019 finish in June.”

In non-containerized cargo, the Port’s breakbulk facilities in Charleston handled 65,778 pier tons in April, including 19,415 vehicles. The Port has handled 505,959 pier tons since the fiscal year began.