On Thursday 25th April a Protocol of Delivery and Acceptance was signed and KL Arendalfjord was delivered by K-Line Offshore AS (KOAS) to Gard Supply AS in Tønsberg, Norway. 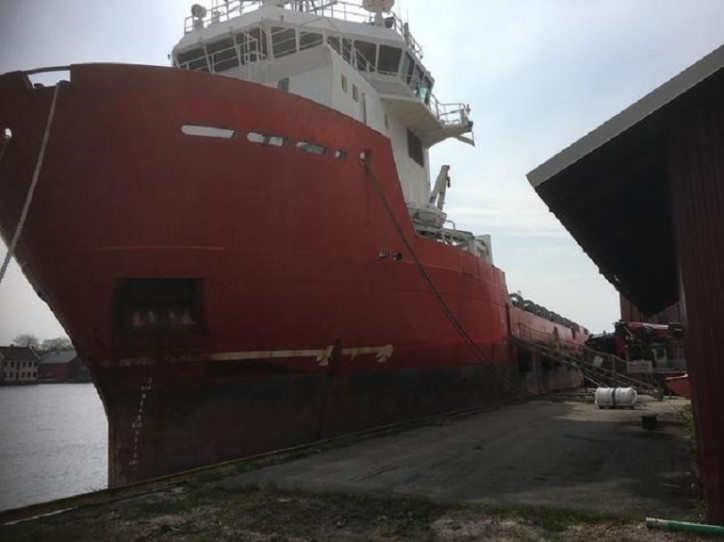 KL Arendalfjord was delivered from Vard, Brevik in 2004 and acquired through a long term bareboat charter by KOAS in 2009.

The vessel is the UT755L-type with deck area of 680m2. KOAS had the vessel as a front-runner for the four PSV’s of 06CD-design and deck area of 1.100m2 delivered from Vard, Brevik 2010/11. KL Arendalfjord secured in 2010 a term contract with Petrobras in Brazil which lasted for 5 years.

After expiry of the contract, the vessel sailed back to North Sea and due to the significant drop in the activity, the vessel went to lay-up in Porsgrunn in the winter of 2016 and continued the lay-up until the sale to a new owner.