A new independent survey shows the economic importance of the international cruise traffic and Stockholm’s power of attraction as a cruise destination.

During 2018 the external company GP Wild carried out a survey that demonstrates the total economic effects of the cruise industry in the Stockholm region. The survey was also carried out in around 20 other port cities. 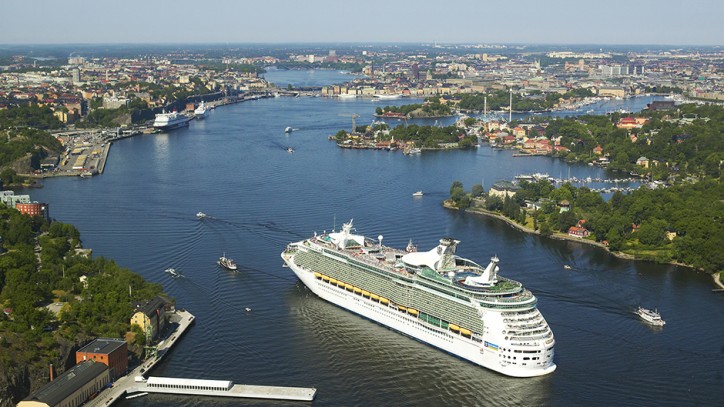 “This survey demonstrates that the cruise industry contributes a great amount to our region, with a total economic effect of EUR 176 million and 1,100 jobs. It is also extremely pleasing that Stockholm is a popular cruise destination and that the majority of cruise passengers are very satisfied with their visit,” says Fredrik Lindstål, Chair of the Board at Ports of Stockholm.

The total amount of EUR 82 million spent by passengers, crew members, and the cruise shipping companies is of great significance for employment and revenue, resulting in an economic effect of EUR 176 million and 1,100 jobs.

Most of the cruise passengers come from Germany, the USA and the United Kingdom. The typical visitor to Stockholm is 57-years old and travels with one travelling companion. Three out of every four passengers visiting Stockholm said they were extremely or very satisfied with their visit in comparison to their expectations. Almost all were prepared to recommend Stockholm to their friends as a cruise destination.

*Turnaround passengers are passengers who either begin or end their cruise in Stockholm. They often travel to Stockholm by air or by railway and stay overnight or a couple of nights in hotels in conjunction with their cruise voyage.

Read more about the survey in the report (pdf)