One dock worker killed, another injured in container terminal accident

An industrial accident on Wednesday, May 15 at a Port of Los Angeles container terminal tragically took the life of an International Longshore and Warehouse Union (ILWU) worker and seriously injured a second worker. 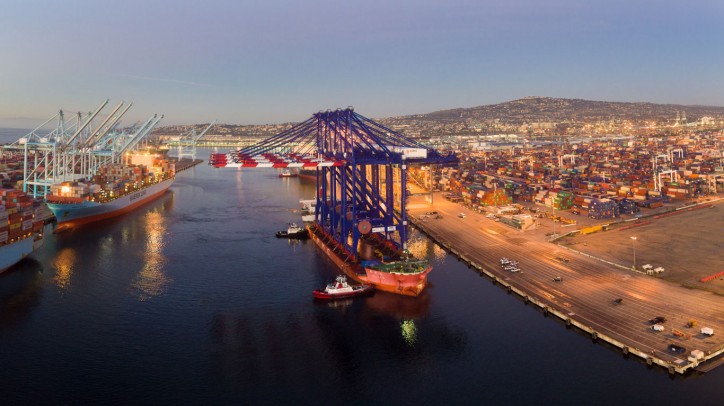 The incident occurred at approximately 7:25 a.m. at Fenix Marine Services at Pier 300. According to initial reports, an equipment accident involving a top loader container handler caused the death of one worker and injured the other. The deceased man has been identified as Jose Santoyo, 58. The unidentified injured worker was transported to Harbor UCLA Medical Center.

"ILWU workers are the heartbeat of the Port of Los Angeles, and our hearts are broken by the accident that took one life today and left another seriously injured," said Mayor Eric Garcetti. "Our thoughts are with all who love them — and we’re praying for healing and recovery for everyone touched by this tragedy."

"I am heartbroken to learn that we lost one of our ILWU brothers in an industrial accident at the Port of Los Angeles while another has been seriously injured," said Los Angeles 15th District City Councilman Joe Buscaino. "Please keep their families in your prayers and respect their privacy at this time. Today is a tragic reminder of the danger that thousands of workers face every day working on our docks. My office will continue to work with the agencies investigating this accident."

“My heart goes out to the families of the victims of this tragic accident and to all the brothers and sisters of the International Longshore and Warehouse Union,” said Port of Los Angeles Executive Director Gene Seroka. “It’s particularly tragic that this accident occurred on the day of the ILWU’s annual ‘First Blood’ event, which honors those who have lost their lives working on the waterfront.”

Los Angeles Port Police along with California Division of Occupational Safety and Health (Cal-OSHA) and the U.S. Coast Guard have begun an investigation into the accident.

Source: Port of LA ( Additional information about the Port of Los Angeles at CruiseMapper)