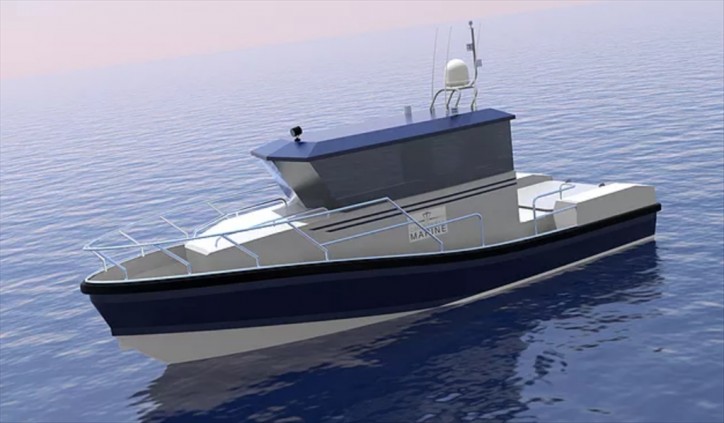 The port environment is becoming an even more strict environment to work in when it comes to environmental regulation and clean air requirements. Port authorities, harbour and river patrols now require a vessel that can operate and switch easily between variable speeds; operating at low speed when environmental consideration is needed in heavily polluted areas and high speed when required.

WSC’s new hybrid vessel also provides operators with a reduction in both fuel costs and engine maintenance because there is the ability to turn off the main engines for substantial periods of time.

“This ground-breaking project aims to set new standards in high speed, fuel economy and light weight vessels in the sector. Building greener vessels has been an integral focus for some time now so moving into hybrid options is the obvious next step forward,” said Peter Morton, CEO, WSC.

The WSC vessel has been designed by naval architect Chartwell Marine, and is the first in the new Chasewell range of pilot and patrol boats, first unveiled at Seawork 2018.

It has been designed and built in collaboration with Andy Page, naval architect and managing director of Chartwell Marine. The aim behind the design is to substantially improve air quality at major ports in the UK and further afield and help operators meet emissions reduction goals.

Mr Page said the vessel has a unique hybrid system architecture and an innovative new hull form that minimises drag and resistance throughout the speed range. He said that the hull form results from extensive research undertaken by the team at Chartwell Marine into low speed resistance enabling efficient performance under both diesel and electrical propulsion.

“With one of the first hybrids in build, Chartwell Marine and Wight Shipyard Co. are leading in the development of alternative propulsion and putting a significant amount of R&D work into practice.”

He pointed out that WSC was brought into the project because of its strong reputation.

“WSC brings superior build quality and workmanship and a specific focus on weight reduction and fuel efficiency. This has a natural lead in to the growing hybrid requirement. Importantly, it also delivers all of its projects on time.”

Marine and Industrial Transmissions Limited (MIT) and its manufacturing and technology partner Transfluid, are providing the hybrid system for the vessel. MIT’s tried and tested system was selected to form part of the Chasewell power train, plus an integrator that had the technical expertise to do the job.

The Transfluid HM560 marine hybrid unit used in the drive configuration delivers ratings of up to 164kW diesel power and 20kW electric power. Using rechargeable batteries and an integral battery management system, the unit actively manages power output and charge rate depending on the battery status and condition.

Meanwhile, the control system allows users to easily switch between operating modes. The intelligent software can integrate with other on-board systems for extended control and diagnostics.

The new vessel will be on show at Seawork this year Wight Shipyard Co berth VB02 and stand PG146.

In addition, Andy Page from Chartwell Marine will be addressing the audience at the exhibition with a talk at the concurrent Seawork Hybrid Conference.

He is chairing a panel titled: "The case for Hybrid Pilot boats - economic, environmental, & operational".

WSC is known for its environmentally-friendly builds in the ferry sector including Red Funnel’s Red Jet 6 and two MBNA Thames Clippers.

The yard has also delivered a commuter and sightseeing vessel for the River Danube – its first multi-million-pound export order for a 250-passenger river ferry.