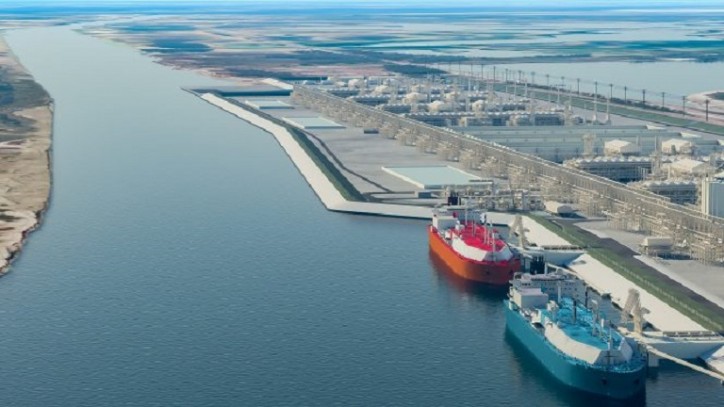 The EPC contracts are for the first phase of the Rio Grande LNG project, which consists of three liquefaction trains, two 180,000 cubic meter storage tanks and two marine berths totaling $9.565 billion. Each liquefaction train is expected to have capacity up to 5.87 million tons per annum of LNG, which would generate an EPC cost of approximately $543 per ton for the first three trains.

“We are pleased to be working with Bechtel, who is responsible for constructing about 30 percent of the world’s LNG capacity,” said Matt Schatzman, NextDecade’s President and Chief Executive Officer. “Bechtel’s extensive experience developing LNG projects on the U.S. Gulf Coast, along with our advantaged site and technology choices, including Air Products C3MR and Baker Hughes GE rotating equipment, is expected to enable NextDecade – in just the first three trains – to have the lowest cost per ton greenfield LNG project built on the U.S. Gulf Coast under a fully wrapped lump-sum turnkey EPC contract.”

“Throughout our competitive EPC process, Bechtel has demonstrated a steadfast commitment to safety, reliability, and efficiency,” said Ivan Van der Walt, NextDecade’s Senior Vice President of Engineering and Construction. “Bechtel’s track record building LNG projects on the U.S. Gulf Coast is unrivaled. Our global LNG customers, feed gas suppliers, and other stakeholders can have the utmost confidence in the on-time and on-budget delivery of our Rio Grande LNG project.”

The EPC contracts include full site preparation activities, which are expected to further reduce the costs per ton of the remaining trains to below the first phase cost of $543 per ton. In addition, the EPC contracts provide NextDecade the ability to have Bechtel commence construction of the first phase of Rio Grande LNG with either two or three trains. Bechtel will perform limited notice to proceed activities from June 1, 2019 until January 1, 2020 and has agreed to accept up to $15 million in NextDecade common stock in consideration for certain activities.

“We are honored to be selected by NextDecade to deliver their facility using our fully integrated engineering, procurement and direct-hire construction model,” said Alasdair Cathcart, President of Oil, Gas and Chemicals for Bechtel. “Bechtel has a proud history of successfully developing lump-sum turnkey LNG projects around the world, having delivered 14 large-scale LNG Trains in just the last four years.”

Pending the achievement of further commercial milestones and receipt of final regulatory approvals, NextDecade anticipates making a positive final investment decision on up to three trains of the Rio Grande LNG project as early as the end of the third quarter of 2019 and commencing operations in 2023.