Second Tugboat From Med Marine To America In 2019 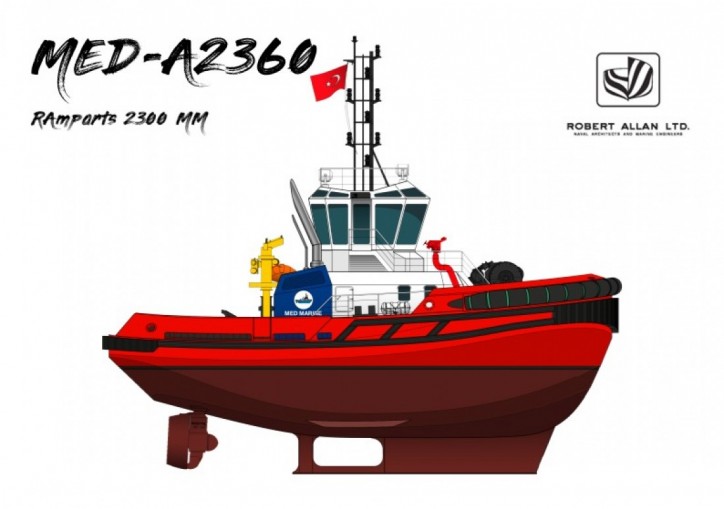 The vessel is a RAmparts 2300-MM tugboat, designed exclusively for Med Marine. She is named as Saam Itza and the delivery is set for June 2019.

Med Marine built 6 units of the same design with 50 TBP some of which were recently sold; some are being operated in Med Marine’s own fleet. A 360 virtual tour of the 2350 ASD tugboat can be viewed at following link: https://medmarine.com.tr/tour/med26/index.html

ASD type high-quality vessel is designed for harbour and terminal operations, and coastal towing. She has the length of 23,00m, the beam of 10,90m and the depth of 4,4m.

Some of her qualifications:

The RAmparts 2300-MM tugs are compliant with the Maritime Labour Convention (MLC) with high-quality and great-comfort accommodation, a captain’s cabin, an officer cabin and two double crew cabins.

Chilean multinational company, Saam, has over 50 years experience and operates in 12 countries throughout North, Central and South America. The company is one of the major port operators and the leading company providing towage services America and the fourth-largest towage services provider in the world.