High-Speed Transfers (HST), the recent new entry into the crew transfer sector, has placed its fourth order for a Damen next-generation Fast Crew Supplier (FCS) 2710, to be named HST Euan. The company’s first boat, HST Hudson, was delivered less than a year ago in July 2018, and the subsequent series of additional orders reflects both the success of HST in winning business in the competitive offshore crew transfer market and the superior characteristics of Damen’s FCS 2710. 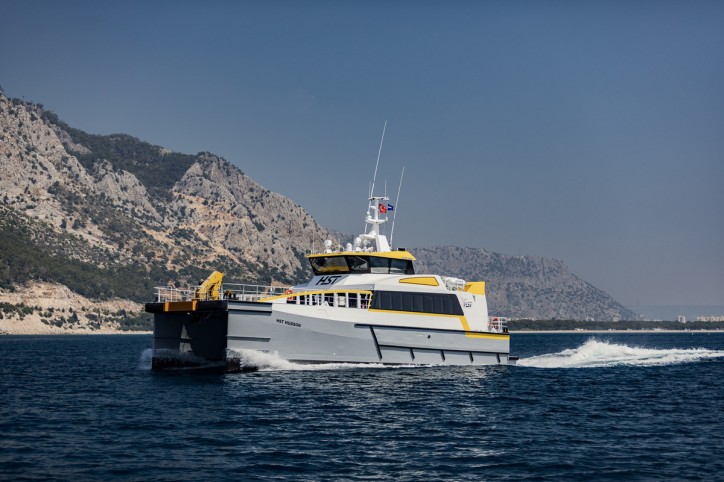 The FCS 2710 has replaced the highly popular FCS 2610, retaining the twin, axe bow hull design but being both one metre longer and higher. The all-new interior allows it to carry twice the number of passengers (26) as its predecessor and enables it to deliver more flexibility, more tank capacity, greater deck space, increased comfort and more accommodation. The extra metre above the water also allows the vessel to operate in wave heights of above two metres, substantially increasing the range of weather conditions in which it can be at sea.

The order for HST Euan is the result of a long-term contract won from a client operating out of Belgium. “There is strong demand from the offshore wind sector for crew transfer vessels that are efficient and economical, and which deliver their personnel in good shape ready to start work” says HST managing director Tom Nevin. “We see the secret of our rapid growth being a combination of the experience of HST’s crew and management, the capability of the FCS 2710 and also the support we receive from Damen”.

HST’s second vessel to be ordered, the HST Sofia, has recently been launched at Damen Shipyards Antalya and on 28 March left the yard for her delivery to the Black Sea where she will be on a proof-of-concept charter with an oil & gas major.

“This is very exciting for us,” adds Tom Nevin. “Our initial focus has been on the offshore renewables sector, but with the oil & gas sector looking at new ways of moving personnel we are promoting the FCS 2710 to operators as an economical and efficient alternative to traditional methods.” 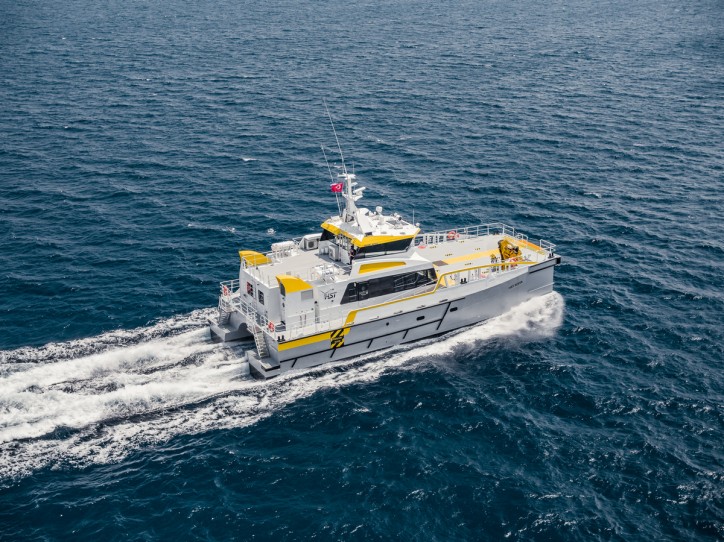 The third addition to the HST fleet will be the HST Harri, due for delivery in September 2019, with the HST Euan following at the end of November.

The success of the Damen FCS 2710 series in Europe may soon be duplicated in the USA. HST has recently announced a partnership with Boston Line & Services, a marine services provider strategically positioned on the USA’s East Coast for that country’s own offshore wind farm revolution. “At present the 2710 is the perfect size for us and our clients,” says Tom Nevin. “We are really enjoying the current space in the market right now. The FCS 2710 is the right boat in the right place at the right time.”