The keel laying ceremony of the new cruise ship for the British P&O Cruises with vessel number S. 710 has been yet another milestone at the MEYER WERFT in Papenburg. It marked the official start for assembling the hull of the new luxury liner for the United Kingdom. The ship will be handed over to the customer in spring 2020. 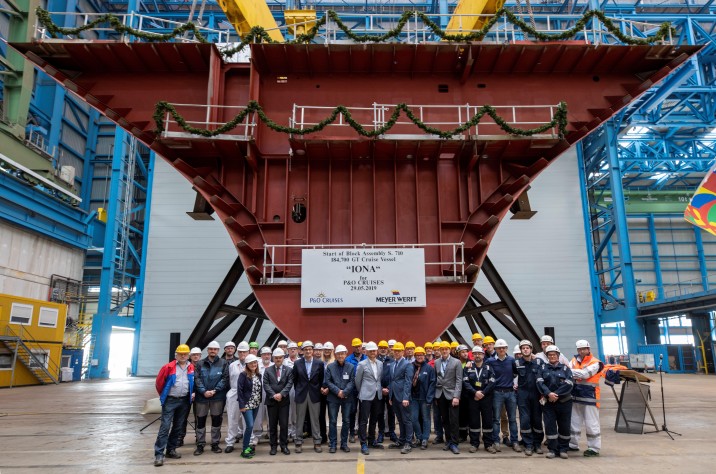 The traditional keel laying coins were placed by Paul Ludlow (President P&O Cruises) together with Stephan Schmees (Executive Board Member Project Management) MEYER WERFT und Jürgen Storz (Project Leader MEYER WERFT). Block 1B measures 21.5 m in length, 19.4 m in width and 9.8 m in height. It weighs 461 tons and is part of the future fore ship of the new cruise liner.

With its rating of more than 180,000 GRT, the IONA (see also CruiseMapper) will be the new flagship of the P&O Cruises fleet. It’s one of the first ever cruise ships to be powered 100% by LNG, making it particularly environmentally friendly.