First RoRo Vessel In Port Hedland - A Bonus For Industry

The Port of Port Hedland has welcomed its first conventional roll-on/roll-off (RORO) vessel, giving industry a more cost-effective way of delivering cargo to the region.

The 180m ‘Blue Ridge Highway’ arrived on Saturday evening and left Sunday morning. The visit was the culmination of 18 months of planning by Pilbara Ports Authority, vessel owners K-Line and cargo receivers Sumitomo. The vessel started its journey in Japan and stopped at Fremantle Port on its way to Port Hedland.

The vessel’s cargo of offshore piping had been pre-assembled onto 22 separate trailers. The RORO vessel’s open vehicle deck design allowed the cargo to be unloaded in approximately 1.5 hours. Cranes would normally be used to unload a non-RORO vessel, which can take up to 12 hours. 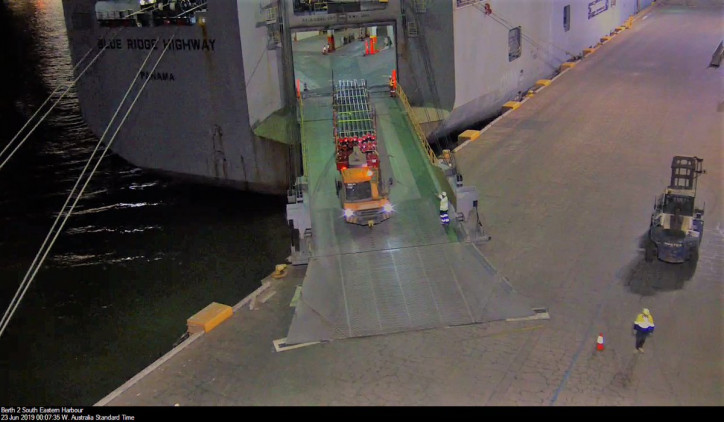 “The visit was a success and Pilbara Ports Authority is working with all proponents to set up regular RORO calls to Port Hedland”, Mr Finch said.

“This would represent a significant cost and time saving for industry. Not only does RORO vessel design make unloading easier and quicker, industry around Port Hedland can get access to cargo straight from the port, rather than trucking it in from elsewhere,” Mr Finch said.

To facilitate more visits from trade vessels such as the ‘Blue Ridge Highway’, Pilbara Ports Authority is building new infrastructure to meet the Federal Government's new biosecurity and First Point of Entry (FPOE) Standards that come into force on 1 July 2019. 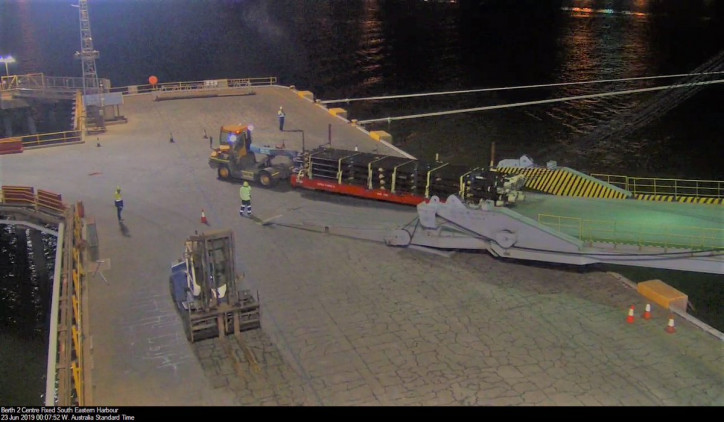 The new infrastructure will allow vessels that come into Port Hedland to have their cargoes inspected or treated if required. Without this infrastructure, cargoes would need to be shipped to Fremantle, the nearest FPOE port.

Similar infrastructure is being built at the Port of Dampier and Pilbara Ports Authority is exploring berth upgrades at the port which will enhance opportunities for RORO vessel calls across the Pilbara.

Source: Pilbara Ports (Additional information about the Port of Port Hedland at CruiseMapper)