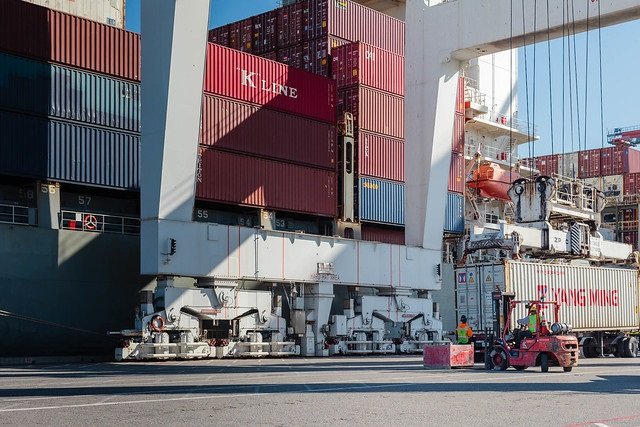 The Port said it handled the equivalent of 88,323 20-foot loaded import containers last month.  That made it Oakland’s busiest August ever for inbound loads. Export volume was 75,080 containers, the Port said.  It pointed out that export totals have now risen year-over-year for six consecutive months.

The Port attributed August cargo increases to a pair of influences:

“It’s good to see volume trending in the right direction,” said Port of Oakland Maritime Director John Driscoll.  “Let’s see now if we can keep it going through the fall.”

August-through-November is shipping’s highwater mark, the time of year when U.S. retailers import holiday merchandise.  Cargo volumes can be a harbinger of the shipping industry’s health as well as a broader economic indicator.

The Port reported that despite cargo volume increases, the number of ships visiting Oakland declined 13 percent in August.  The Port explained that ocean carriers are loading more cargo on fewer-but-larger vessels to control costs.

The Port said 956 ships have called in Oakland so far in 2019.  That’s down from 1,066 in the same time period a year ago. According to the Port, fewer ships means less berth crowding in Oakland and a reduction in airborne diesel emissions.