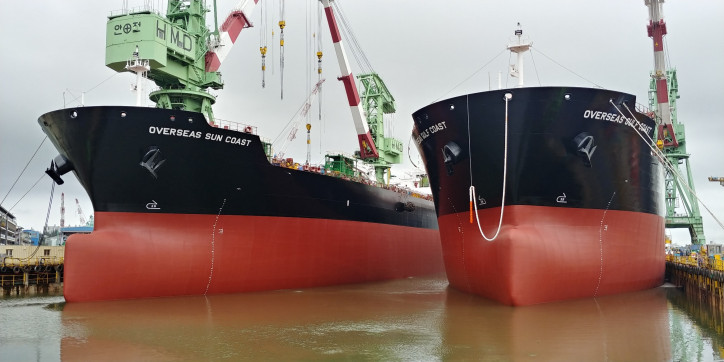 In addition, each vessel is fitted with an exhaust gas cleaning system, often referred to as a “scrubber”, to meet the standards of MARPOL Annex VI Regulation 14 standards regarding sulphur oxide emissions. Present for the christening at the shipyard in Ulsan, Korea were Patrick O’Halloran, OSG’s Chief Operations Officer, and Damon Mote, OSG’s Chief Administration Officer.

“These tanker deliveries mark the latest in a long history of co-operation with Hyundai shipyards, being the 52nd and 53rd in the multiple series of vessels built for OSG by Hyundai,” said Mr. O’Halloran. “It is with great pleasure that we take delivery of these vessels from our trusted building partners and we look forward to operating these state-of-the-art tankers in the years to come.”

The Overseas Gulf Coast and Overseas Sun Coast will be operating in the international market under the Marshall Islands flag, with both vessels having entered into one-year time charters. Following this initial contract period, OSG anticipates that the vessels will transition to operate under the U.S. flag.

Sam Norton, OSG’s President and CEO, elaborated on the potential commercial future of these vessels stating “An important – although still provisional – initiative in the U.S. House of Representatives’ annual National Defense Authorization Act seeks to augment the current Maritime Security Program with a new Tanker Security Program. The Tanker Security Program as conceived would, if made law, create a fleet of up to ten U.S. flagged MR tankers in a program effectively replicating the structure of the current MSP program. Our commitment to supporting this initiative, and the national defense objectives which it targets, is most visibly evident in our investments in the Overseas Gulf Coast and Overseas Sun Coast. Both vessels will be made available to join this program if passed into law in the coming months.”

Mr. Norton continued, “The delivery of new vessels is always an exciting event, highlighting as they do both a strong commitment to, and belief in, the future success of OSG.” 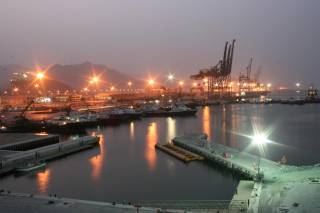