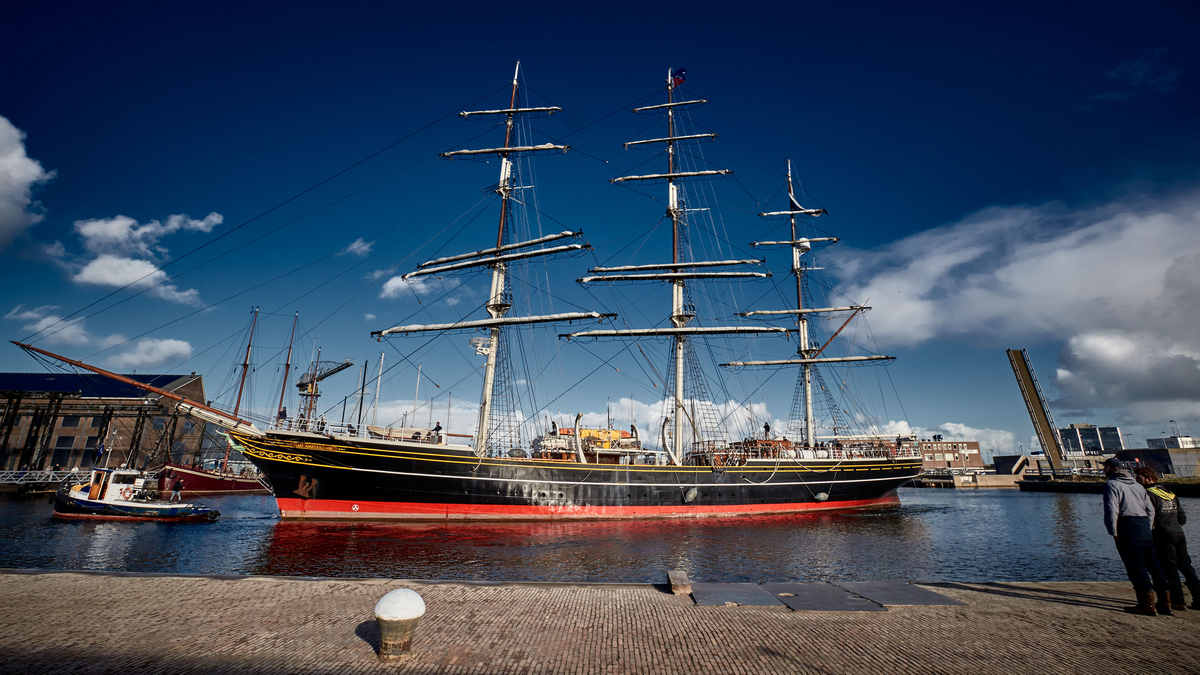 On 28th October, the iconic Clipper Stad Amsterdam arrived early in Den Helder in sunny weather, after a calm voyage from Amsterdam. After watching her arrival, invited guests were given a tour of the vessel by Captain Moritz Kuhlenbäumer, who provided details of the vessel’s forthcoming maintenance programme in Den Helder’s historic Willemsoord harbour. The maintenance will prepare Stad Amsterdam for her green ambassadorial role, during which she will sail to seventeen destinations around the world promoting the seventeen UN Sustainable Development Goals.

During the five-month maintenance programme, Damen Shipyards Den Helder will carry out a scope of work that will increase the efficiency and sustainability of the Damen-built vessel. This includes replacement of her main engines and diesel generators for equipment with improved levels of efficiency. They will also exchange her sewage installation for a new one that extracts sewage residue, purifying the water for clean, safe disposal. 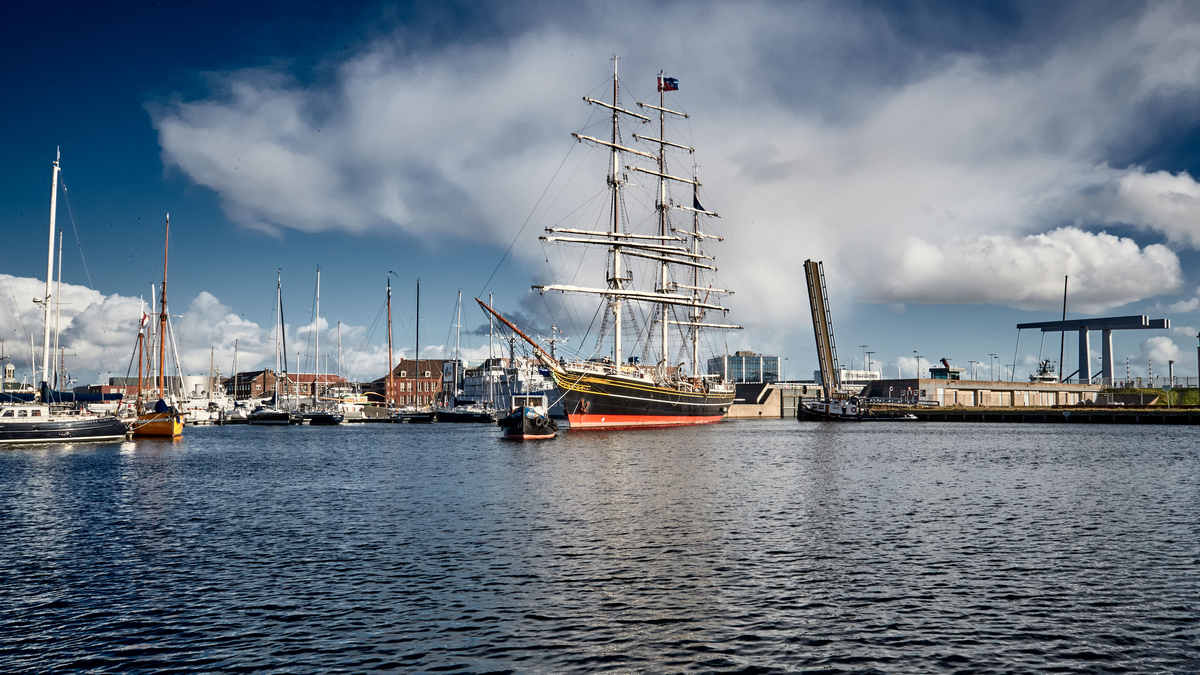 The UN Sustainable Development goals are adopted by all UN member states as a call for action to promote prosperity while protecting the environment. They represent a plan to build a better world for people and the planet by 2030.

During the voyage, the vessel will make seventeen stops, beginning in Amsterdam and finishing in New York. At each of the stops, the mission will focus on one of the seventeen goals, reaching in total 500 million people with the message of the Sustainable Development Goals.

Stad Amsterdam’s visit to Den Helder will coincide with the city’s Traditional Ship Festival, during which she will be visible to visitors. Following completion of the works, the vessel is scheduled to take part in Sail 2020 in Amsterdam, prior to embarking on her historic voyage in support of sustainability. 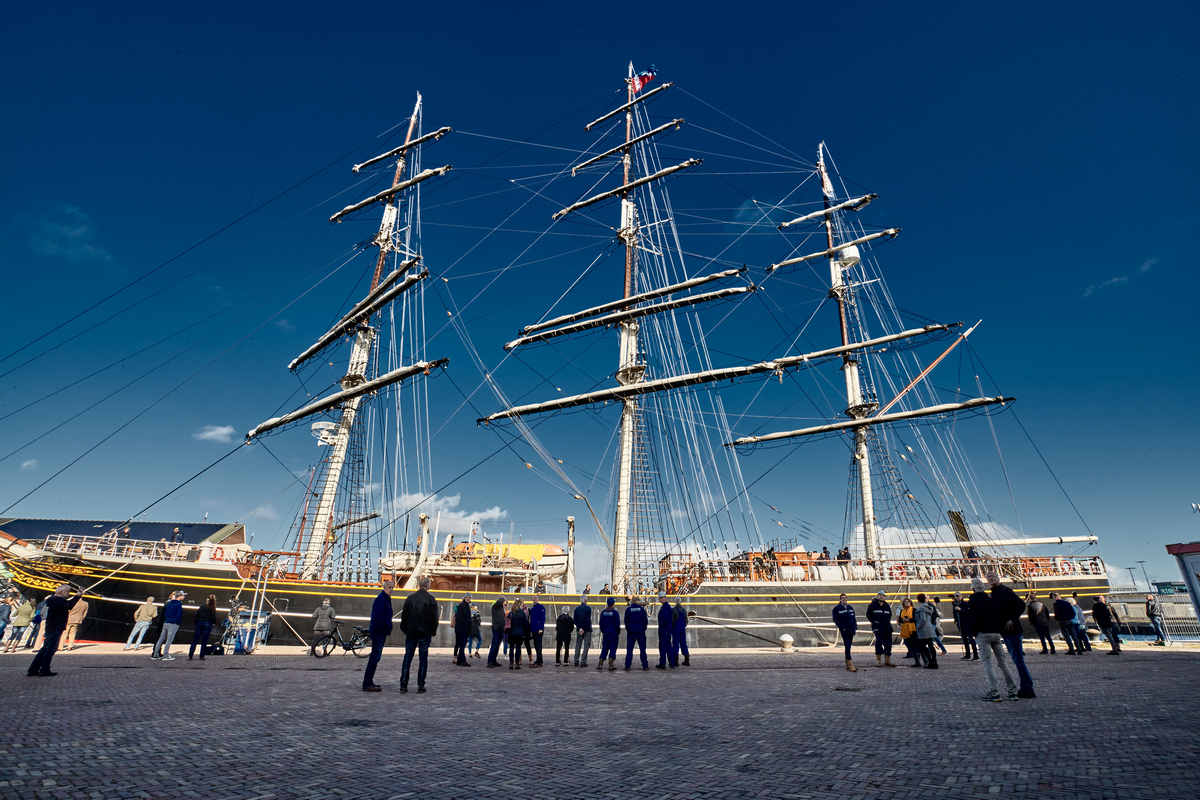 Evert van Dishoek, director of the Clipper Stad Amsterdam, is pleased that the vessel is able to attend this special location for this large-scale refit.

"Damen Shipyards Den Helder can properly accommodate our project at the Oude Rijkswerf with the dock capacity and the experience they have. Damen has also good facilities for deck work and rigging work, some of which will be carried out by our own crew. The clipper is dry berthed in dock two and will be visible to visitors during the refit."

Damen Shipyards Group has committed itself to the UN Sustainable Development Goals and is proud to play its part in preparing the Stad Amsterdam for her important role.

The Stad Amsterdam was delivered by Damen in 2000. She combines the best construction methods of the past with those of the present, with a classic look and feel. The vessel is 76 metres in length and features 31 sails with a total area of 2,200 m2. She sails under the Dutch flag and is available for business events, luxury cruises and adventurous sailing trips.