Record Cargo Turnover at the Port of Riga in October

In terms of the volume of handled cargo, October was the most successful month this year. New monthly records were set for cereals, wood chips and container cargo segments. This has also resulted in more ships arriving at the Port of Riga. In October, there were as many as 311, which is the highest monthly number this year. 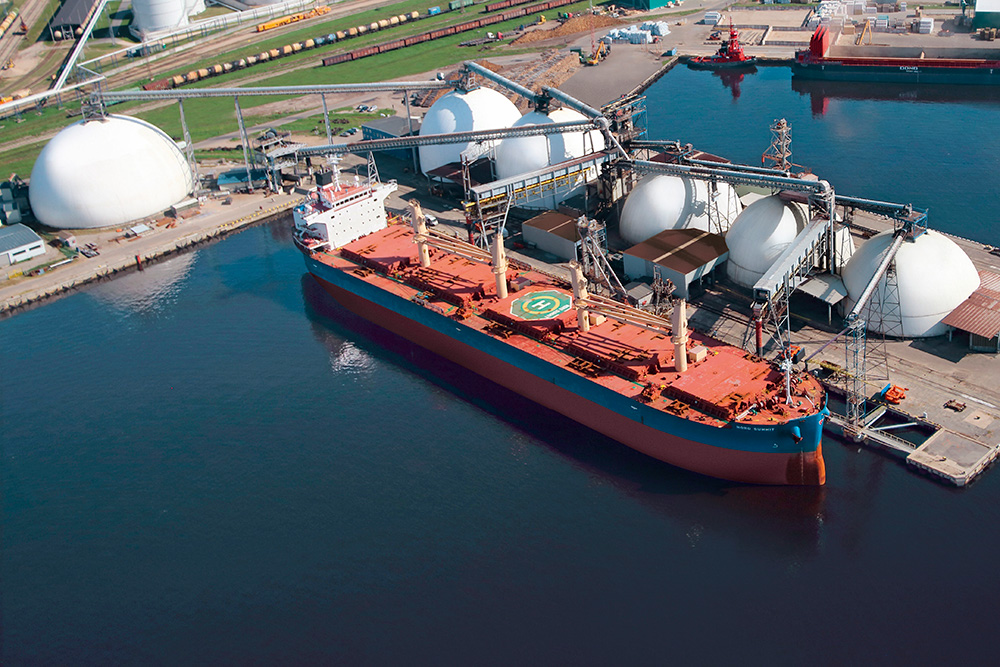 “Record high cargo turnover at the Port of Riga can be attributed to the fact that in several cargo groups this is the most active handling time, as these groups have a certain seasonality. For example, most cereals are handled during the harvest, while the flow of wood fuel, including wood chips, increases before the heating season,” explains Ansis Zeltiņš, the CEO of the Freeport of Riga.

This year, the volume of coal handled by the Port of Riga was significantly affected by the completion of new infrastructure at Krievu sala and the transfer of coal handling operations from the centre of the city to new terminals on the left bank of the Daugava River.

“It is clear that relocation of terminals is not as simple as switching off the light on one bank and switching it on on the other. It required a set of technically complicated measures, and during this process some cargo was redirected to different ports. Thus, during the last few months, cargo flows were smaller at the port,” explains the CEO. As coal makes up approximately one third of all cargo handled at the Port of Riga, fluctuations in this cargo group significantly affect the general statistics. “But October was the first month when the volume of handled coal again exceeded 1 million tonnes since the transfer of coal operations to Krievu sala,” continues Ansis Zeltiņš.

The timber segment is also experiencing a positive trend: not only monthly, but also annually. In this group, the turnover of wood pellets has significantly increased by 43% year on year. Also, the turnover of wood chips has increased by 20%. Exports of wood pellets and wood chips have been supported by stable demand that tends to increase with every heating season, as well as by the low price of raw materials required for the production of these products.

With respect to cargo handling, cereals produced notable growth. This year, the Port of Riga has managed to handle one third more than during the same period last year. Thus, we have already achieved last year’s totals, setting a new absolute record for the port in this cargo group. Approximately half of the handled cereals was produced in Latvia, and the rest originated from transit consignments received mostly from producers in Russia and Lithuania.