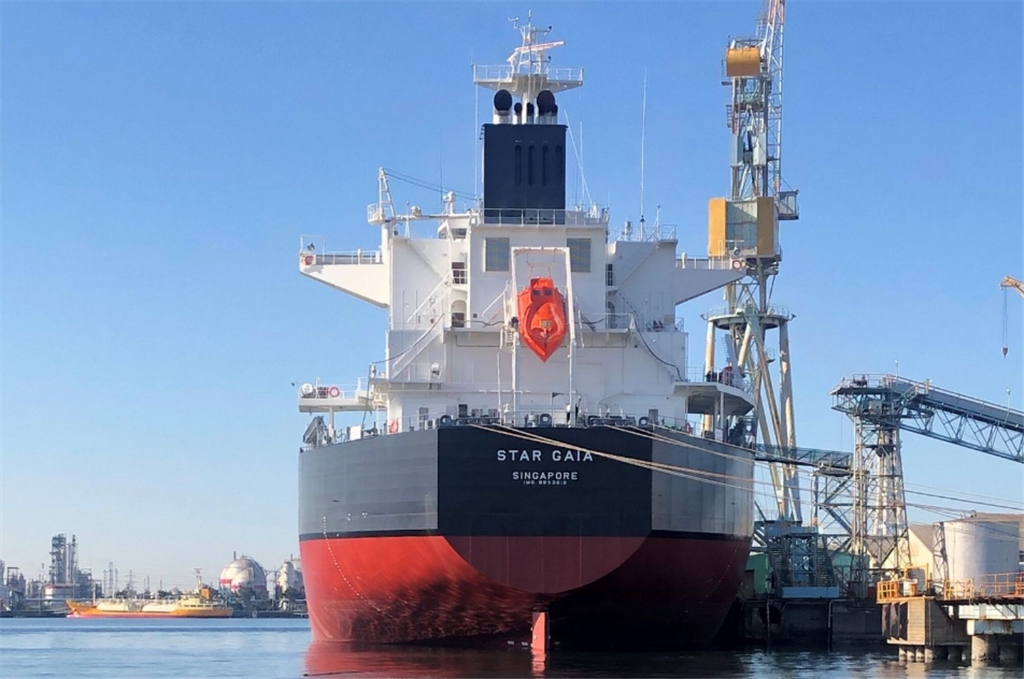 Star Gaia is a conventional bulk vessel, built at Mitsui Chiba Shipyard in Japan. She was named and delivered to Grieg Star on the 27th of November, and is part of G2 Ocean’s bulk pool. The vessel is on a Long Term Time Charter contract for seven years.

Vice President Bulk Petter Mowinckel in G2 Ocean is excited about the newest addition to the fleet.

“We are honoured to be trusted with another Ultramax from Grieg Star. Star Gaia features high cubic, large 36 ton cranes and is expected to deliver best in class performance,” he says.

The bulk vessel is named after a goddess from Greek mythology. Gaia was the Mother Earth, the mother of the Titans and grandmother of Zeus. The idea of calling her Star Gaia came from employees in Grieg Star.

One of them said: “Mother Earth deserves the honour of a ship named after her, to show appreciation of all wonders she has bestowed upon us.”