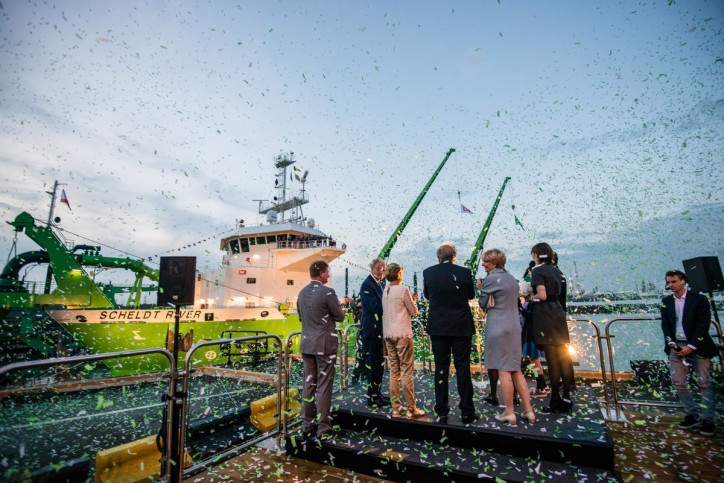 The 8,400 m³ ‘Scheldt River’ is the second dredger in the DEME fleet equipped with dual fuel engines. The highly innovative vessel can operate in LNG mode, reducing carbon dioxide emissions, almost eliminating sulphur, NOx and particle emissions. LNG is intrinsically clean and there is no need for exhaust gas cleaning systems.

‘Scheldt River’ was built at Royal IHC’s shipyard in the Netherlands. The new vessel is part of DEME’s multi-year fleet investment programme, focused on further increasing efficiency, both in terms of productivity and environmental performance. Scheldt River boosts great dredging performance in shallow waters and meets and exceeds all current emission regulations, even in the emission control areas such as the North Sea. 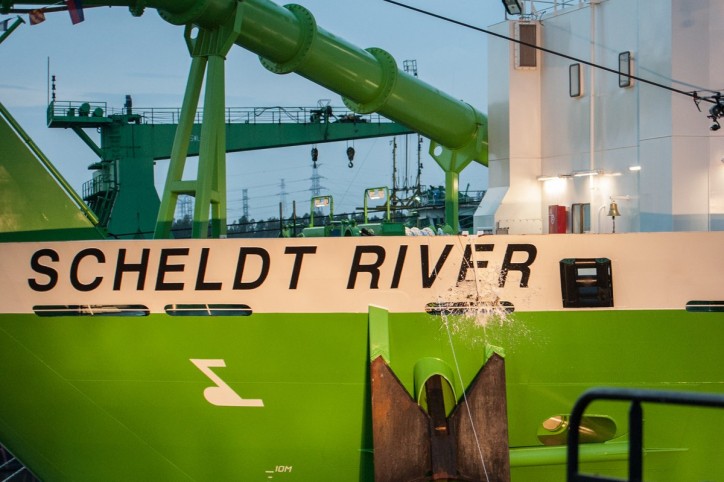 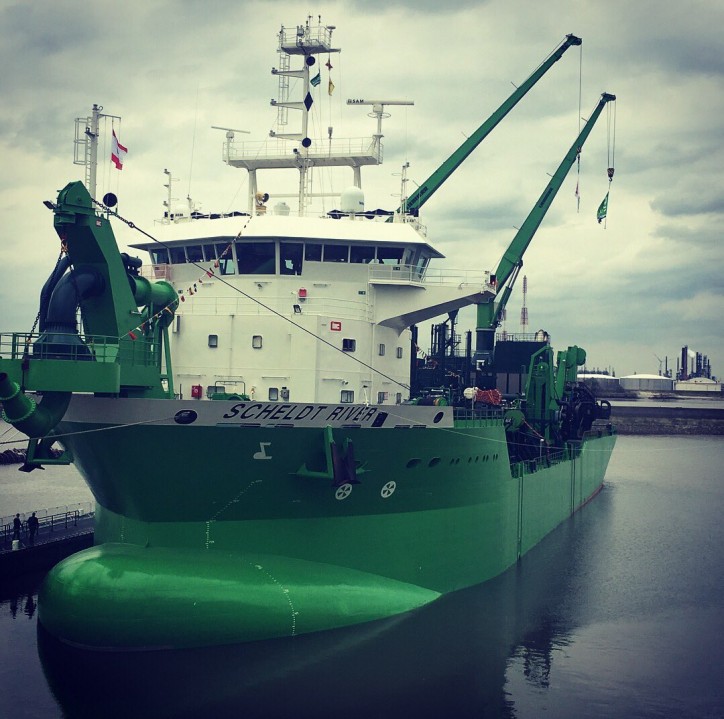 DEME to expand its dredging fleet

Earlier this year the dual fuel Trailing Suction Hopper ‘Minerva’ entered the DEME fleet. The vessel is currently executing trenching works for the Rentel offshore wind farm near the Belgian coast. In the near future, both ‘Scheldt River’ and ‘Minerva’ will be deployed for the seabed preparation for Elia’s Modular Offshore Grid (or so-called electricity plug) in the North Sea. In the next two years the dredging fleet will be further reinforced with the Trailing Suction Hopper Dredger ‘Bonny River’ (2018) and the Cutter Suction Dredger ‘Spartacus’ (2019).

On October 1, DEME will present ‘Scheldt River’ to the general public during “Open Bedrijvendag”, a nationwide event where companies open their doors for visitors. During the open day job, seekers can also get information on the many job opportunities at DEME. More than 200 new employees will be recruited to meet the demand driven by the growth in several activities, including the offshore wind and infra marine industry.