A huge ship carrying four of the West Coast’s largest container cranes is scheduled to travel through Puget Sound Feb. 23 to Tacoma.

Puget Sound Pilots are scheduled to board the Zhen Hua 28, a 761-foot-long heavy-lift ship, early Friday morning in Port Angeles and begin the journey to Tacoma. Here are possible viewpoints along Puget Sound. Note: NWSA will not be able to provide access to secure marine terminals. 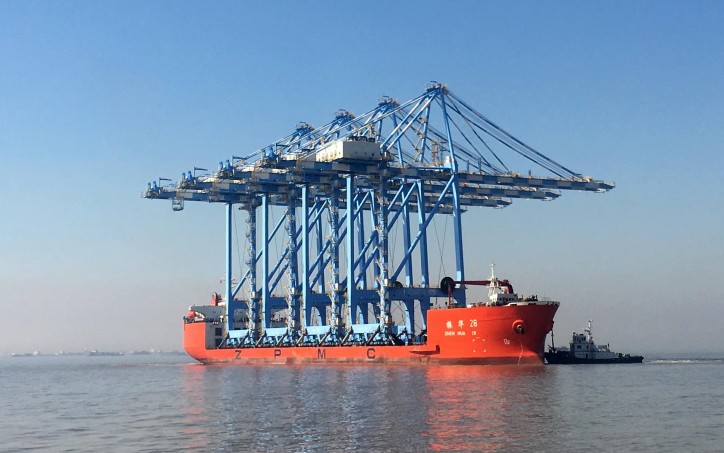 The ship will sit at anchor in Commencement Bay for a day or two before delivering the cranes to Husky Terminal at the northwest end of the Blair Waterway.

Learn more about the cranes in this short video:

ZPMC is the largest heavy-duty equipment manufacturer in the world and delivers more than 200 cranes every year around the world, including many seaports in the U.S.

The other four cranes will arrive in 2019.

When they arrive, the cranes will be installed at Husky Terminal, which is undergoing about $250 million in terminal improvements that began in September 2016 on Tacoma’s General Central Peninsula.

Upgrades include strengthening and realigning a berth and adding eight new super-post-Panamax cranes capable of serving two 18,000-TEU container ships at the same time. Learn more about the project.

The new cranes will have an outreach of 24 containers and a lift height of 165 feet above the pier deck.