The next walk-to-work Damen SOV 9020 now in build

The new vessel is due for delivery in August 2019 and has been contracted by Siemens Gamesa Renewable Energy and EnBW for maintenance operations on two windfarms in German waters; Hohe See and Albatros, both owned by EnBW and Enbridge. The final name will be announced after a competition within Siemens Gamesa and EnBW, however it will continue to be part of the Bibby WaveMaster series. 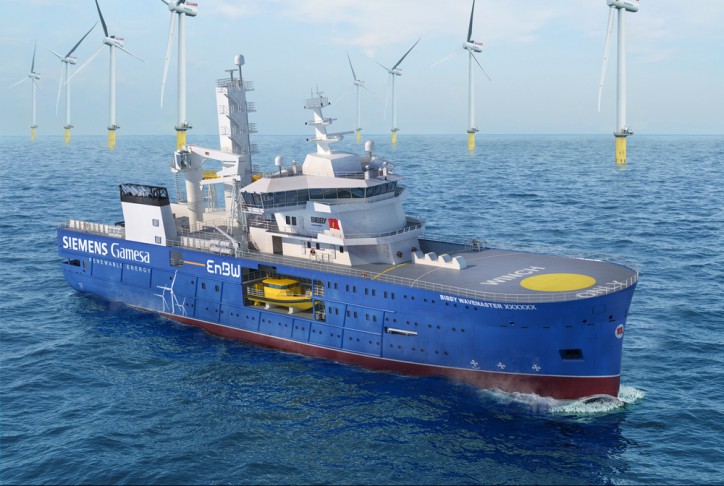 The SOV 9020 is a new class of purpose-built Service Operations Vessels (SOV) with Walk-to-Work (W2W) capability developed by Damen in consultation with the offshore renewables industry. The design is an entirely new concept from the ground up, combining DP-2 capability, a new motion-compensated gangway, innovative hull design, a revolutionary internal layout, and a comprehensive range of additional innovations designed to increase efficiencies and reduce costs.

Bibby Marine Services placed the order for Bibby Wavemaster 1 early in 2018 following the confirmation of the charter in December 2017 by Siemens Gamesa. With the steel plates for the second vessel cut at the same time of those for the first, and some fabrication already having taken place, work has been able to begin at an accelerated pace.

“We have believed in the SOV 9020 from the beginning,” says Bibby Marine Services managing director Stephen Bolton. “Siemens Gamesa and EnBW were looking for higher access to the wind turbines and this is what the SOV 9020 is built to do, with the Wavemaster 1 providing the evidence.” 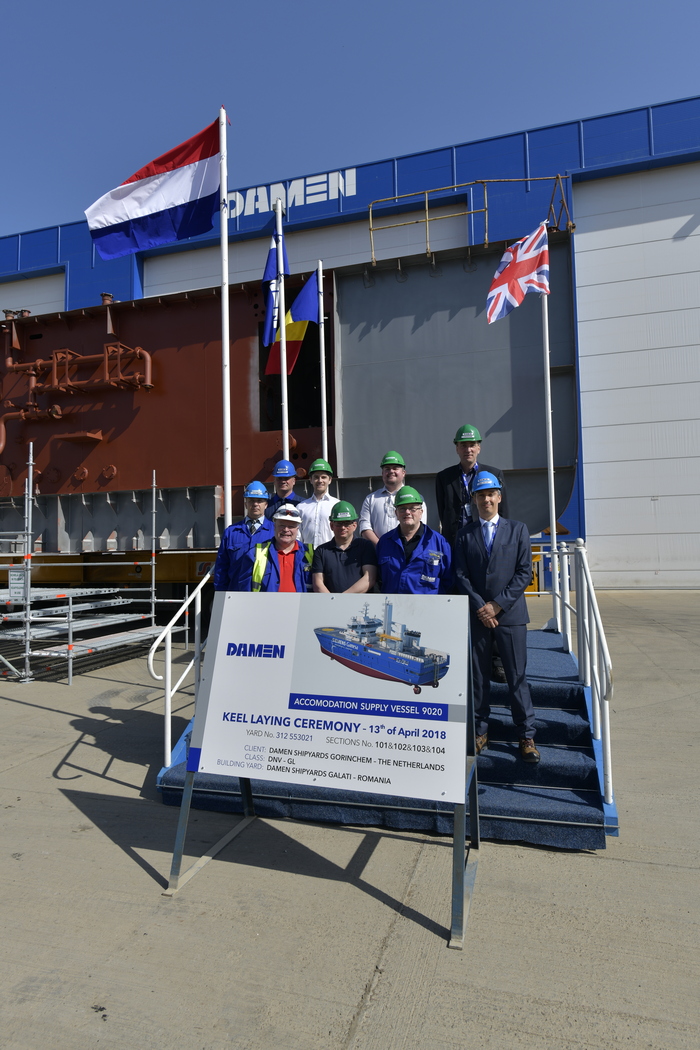 The second vessel differs in just a few minor respects from the first. Some changes have been made to the warehousing layout at the charterer’s request, and the sauna has been removed so as to double the size of the gym. The bridge has also been reconfigured. The second Wavemaster will also have a different gangway package and crane, this time supplied by SMST of the Netherlands.

“The gangway on the original vessel has and continues to perform well,” explains Stephen, “but the technology has moved on and this new integrated system does away with the need for an independent lift tower. Now, the gangway hangs off the tower and matches where the lift is. All in all, the small number of changes that we have made to this second vessel shows just how good the first one was.”

The Wavemaster 1 has recently completed her first charter servicing wind farms off the east coast of England, having seen all her options to extend taken up by the client. As of 5 April she is now working with Total E&P Netherlands servicing its gas platforms in the southern North Sea.

“We have had good feedback on the Wavemaster 1 from our clients, and lots of interest from third parties wanting to look over her,” continues Stephen. “That gives us lots of confidence in the concept, and we have also found the Damen HIL Simulator invaluable in validating the performance of the SOV design, with the initial theoretical predictions now being supported by the data coming back from Wavemaster 1. It’s been a real game changer.

“The cooperation with Damen has been very good throughout this process,” Stephen concludes. “We work well together. With our target of winning 25% of the offshore renewables servicing market, which we believe will in total support 20 to 25 of this type of vessel, we hope to be back to Damen for more SOV 9020s in the near future.”