Port of Oakland import volume should grow at a steady pace in the coming peak season. There’s a wild card, however: global trade tension. 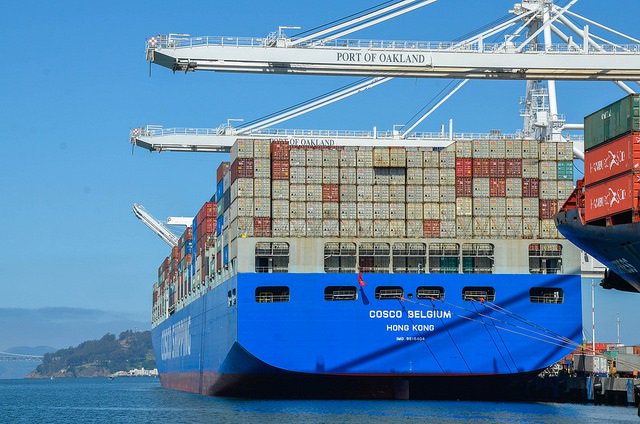 That was the cautionary outlook delivered Friday (Jun 22) at a meeting of the Port’s Efficiency Task Force. Members of the advisory panel of customers, labor and transportation leaders forecast 2 percent growth in containerized imports from August through October. They added, however, that a looming U.S.-China trade war could dampen Oakland cargo volume.

“We’ve seen a peak season pattern of steady volume growth over the last three years,” said Port of Oakland Maritime Director John Driscoll. “We expect that to continue in 2018 but we can’t be sure yet what will happen with international trade policy.”

Recently imposed tariffs threaten to weaken demand for commodities shipped in ocean containers. The Port has said it’s too soon to know what effect restrictive trade policies might have in Oakland. Nevertheless, some in the 35-member Task Force predicted that Oakland would avoid major impact.

“There’s been no tariff impact yet,” said one international shipper.

Trade and transportation officials will watch closely for the effect of tariffs on peak season cargo volume. Late summer and autumn is when ocean carriers transport back-to-school or holiday merchandise to U.S. retailers. It’s traditionally the shipping industry’s busiest time of year.