BW LPG Limited (BW LPG) yesterday sent an open letter to the Dorian LPG (Dorian) (NYSE: LPG) Board of Directors regarding BW LPG’s proposal to combine with Dorian, under which Dorian shareholders would receive 2.05 BW LPG shares for each Dorian share. 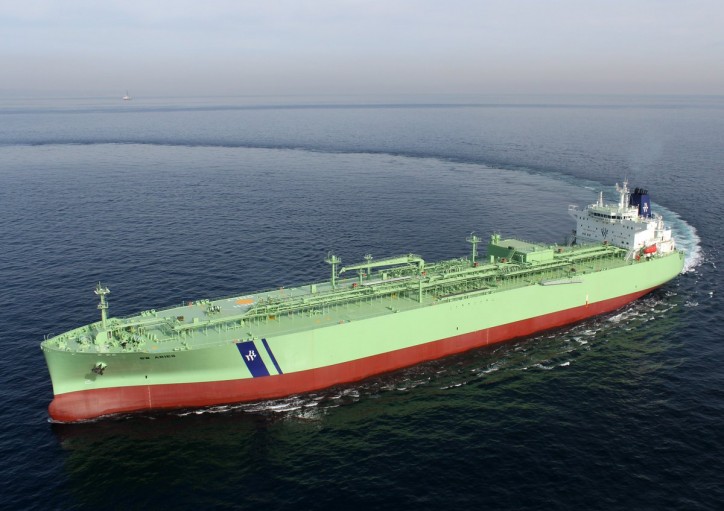 BW LPG Chief Executive Officer, Martin Ackermann, said, “We urge Dorian’s Board of Directors to respond to its shareholders and engage with us. Since announcing the proposal, we have spoken with many BW LPG and Dorian shareholders and are pleased with the positive feedback we have received. It is clear that both companies’ shareholders recognize the compelling benefits of the proposed combination. We were surprised that Dorian’s Board of Directors rejected our proposal without giving us the opportunity to engage in a discussion, and believe a number of the points Dorian’s Board of Directors highlighted suggest a misunderstanding of our business and the proposed combination. We believe that a discussion between Dorian and BW LPG would be appropriate to address any questions Dorian may have about our proposal and we are ready to meet with them.”

The full text of the letter to the Dorian Board of Directors follows:

Dear Dorian Board of Directors,

Since we publicly disclosed our proposal to combine with Dorian, we have engaged with a significant percentage of Dorian’s shareholder base and their response to the proposed transaction has been overwhelmingly positive. For this reason, we are disappointed that all our attempts to engage with management and their advisors have been declined.

We continue to believe that the proposed combination of BW LPG and Dorian is a unique opportunity to maximize value for the shareholders of both companies. Our proposal is on a NAV to NAV basis and provides Dorian shareholders with an attractive and immediate premium which has increased substantially since the time this proposal was disclosed. Dorian shareholders would also benefit from the realization of synergies, and continued participation in the upside of the combination, by owning 45% of a stronger combined company with a market cap in excess of US$1.1 billion.

In addition to value creation for shareholders, the proposed transaction would also benefit the other stakeholders of both companies. BW LPG has the world’s largest fleet of VLGCs with high-quality vessels and an experienced operations team with a track record of optimizing fleet performance. The addition of Dorian’s fleet would create a larger fleet and better geographical coverage, and the combined company would be positioned to serve customers more efficiently with a best-in-class operational platform. In addition, together we would have a significantly strengthened credit profile, greater financial flexibility to invest for the future and an enhanced growth platform compared to either company’s standalone position.

We would like to provide clarifying detail on several key points, as it appears from your June 15thresponse rejecting our proposal that certain key factors were not fully appreciated:

+ BW LPG has a modern and cost efficient fleet generating high returns and well-positioned now and post 2020. As we have stated previously, we have great respect for Dorian’s high quality fleet and our proposed valuation on a NAV to NAV basis factors in the value of Dorian’s modern vessels. That said, our owned VLGC fleet is also very modern with an average age of only 6 years (8 years including time charter vessels).

+ Cost efficiency is paramount in a highly competitive industry and BW LPG has one of the lowest cash cost breakeven levels per vessel across the industry. In comparison to Dorian’s latest reported financials, BW LPG is substantially more cost efficient on opex, financing and G&A cost on a per vessel day basis.

+ Return on equity and free cash flow generation are two of the most relevant metrics for investors. BW LPG’s modern fleet is well positioned to outperform on these metrics given our relatively lower cost structure, lower cost of debt, and our higher earnings per dollar of capital deployed. A combination at our proposed exchange ratio would be accretive to Dorian shareholders on cash flow and return on equity.

+ Dorian has 17 vessels and we have 19 vessels that are all capable of being upgraded with LPG dual-fuel propulsion.

+ Both Dorian and BW LPG have two vessels each installed with scrubbers, and other vessels that are scrubber-ready.

+ The majority of BW LPG’s fleet is already fitted with ballast water treatment systems, and our remaining vessels will be fitted over the course of the next few years with minimal balance sheet impact.

+ In general, we believe that the environmental focus of the two companies and the preparedness of our fleets are a very strong match. At BW LPG, we have always had a strong focus on energy management, and have managed to meaningfully reduce fuel consumption and CO2 emissions through multiple energy saving initiatives. BW LPG – following a combination with Dorian or on a stand-alone basis – has the balance sheet strength to support appropriate capital investment to further enhance the efficiency of our fleet.

+ After the combination, Dorian shareholders will benefit from the enhanced credit profile of the combined company, including enhanced cash flows and liquidity (which includes an undrawn credit line of US$235mm for BW LPG as of March 31, 2018).

+ Our combined stronger balance sheet will provide a longer financial runway in a weak market environment.

+ As a leading LPG shipping company, the proposed dual listing will attract greater investor attention and an expanded shareholder base. The combined company would have a market capitalization in excess of US$1 billion which should attract more investor and research attention. Further, given that there is little existing overlap in the shareholder base, we are confident the dual listing would drive greater overall trading liquidity. We are fully aligned in seeking a listing structure that will provide the greatest value for all shareholders of the combined company.

+ BW LPG’s proposal values Dorian on a NAV basis and provides an immediate premium as well as further upside. Our proposal is based on our assessment of Dorian’s NAV and takes into account the current value of each ship at each of the respective companies. In fact, our proposed exchange ratio of 2.05 BW LPG shares for each Dorian share values Dorian’s VLGCs higher than BW LPG’s on a per vessel basis which accounts for the age of each fleet. Additionally, we have been conservative in assessing our older vessels in our proposal, valuing them at a discount to the levels at which Dorian is currently marketing its similar aged vessels.

+ Our proposed exchange ratio is also significantly higher than the implied average exchange ratio of  1.79x since Dorian’s IPO. We expect the transaction would generate substantial G&A synergies that are conservatively estimated at US$15 million of annual run-rate savings, on top of other commercial, financial  and operational synergies. These synergies would drive meaningful value creation for shareholders of the combined company through higher pro forma earnings and cash flows in excess of what the two companies could achieve as standalone entities, and would be NAV accretive for our respective shareholders.

Many shareholders are supportive of our proposal, as you will be aware through the various letters you have received. We are confident that having the opportunity to engage constructively would enable the Dorian Board to create shareholder value. We remain committed to the combination of Dorian and BW LPG and look forward to hearing from you and working together to realize this value-maximizing opportunity.