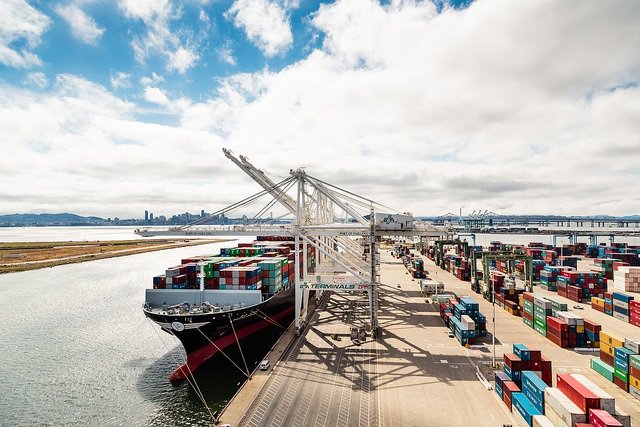 The projected cost to upgrade the cargo-handlers, known as Rubber Tired Gantry Cranes, is more than $6 million. The Bay Area Air Quality Management District this month approved a $5.1 million Community Health Protection Grant Program / Carl Moyer Program allocation for the project. The cranes will continue to operate at SSA’s Oakland International Container Terminal in the Port.

“We’re delighted that SSA is taking a lead role in curbing emissions,” said Port of Oakland Maritime Director John Driscoll. “And we’re grateful that their initiative has the support of the Air District.”

SSA’s hybrid cranes will operate primarily on electricity with diesel used only for battery charging. The cranes will also regenerate battery power while lowering containers, which can weigh more than 30 tons.

The Port estimated that hybrid cranes would reduce emissions of some air pollutants by 99 percent. It projected that greenhouse gas emissions from the cranes would fall by a minimum of 40 percent. As part of the grant SSA will also be evaluating the feasibility and promote the future deployment of zero-emission cargo-handling equipment.

The cranes are the workhorses of the Port. They traverse mile-long rows of containers, plucking import boxes from stacks, then loading them on trucks for delivery.  SSA’s Oakland terminal, the nation’s second-busiest, handles the equivalent of 600,000 20-foot import containers annually. The terminal accounts for about 60 percent of the Port’s total cargo volume.

The Port estimated that it could take up to two years to fully outfit SSA’s terminal with hybrid cranes. The terminal operator must first finalize a contract with the Air District to put the plan in motion.

In 2018, the Air District will be awarding more than $100 million in grant funding for projects that reduce pollution emitted from mobile sources, including $50 million that is being offered through its Community Health Protection Grant Program, which provides grant funds to projects that reduce toxic air emissions and ozone-forming pollutants from older, polluting diesel engines. For the initial year of this program the Air District is accepting applications for projects that reduce emissions in communities along the I-80/I-880 freeways from Hayward to Richmond, and from Vallejo to Pittsburg.