The Port of Tyne has announced a return to business growth, two years after the end of imports of coal, and is seeing further improvements in its financial performance in 2018. 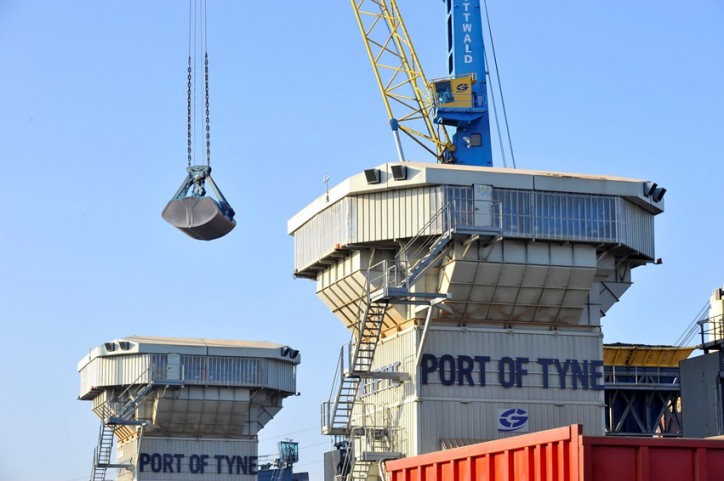 The Port saw an investment of over £100m completed in 2017 on its south bank estate at South Shields, where new facilities to handle expanded volumes of wood pellet have been under construction.

The Port is celebrating its 50th anniversary of being constituted as a trust port – sealed by its own Act of Parliament on June 28th 2018.

Chief Executive Officer Andrew Moffat also announced that he will be stepping down at the end of the year, after ten years at the helm of the Port, during which time it saw record growth and investment.

The Port of Tyne has been transformed under his leadership, with investments of over £200 million in infrastructure, equipment and people, to become one of the UK’s most innovative and efficient deep-sea ports. 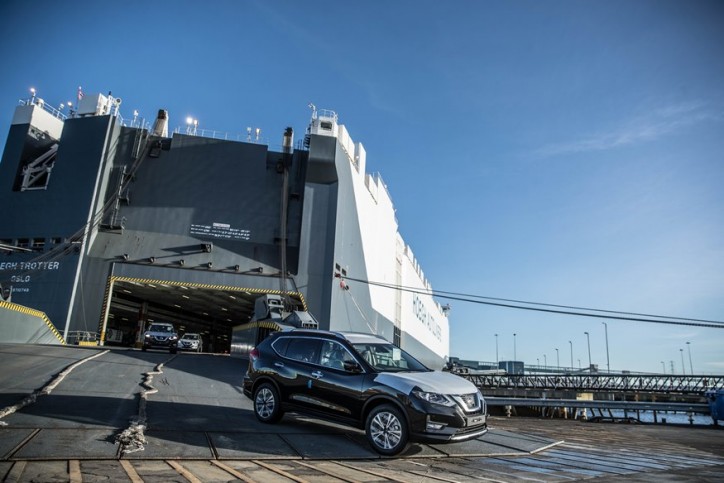 Announcing the 2017 business performance, Andrew said: “Our turnover increased to £47m, EBITDA increased to £8m and Profit before Tax was £2m.

“More importantly, for 2018, we have budgeted for significant increases with EBITDA expected to rise by over 50% to £13m.  And I’m delighted to be able to report that we are currently on target to achieve this.”

The Port is back on its growth curve, with four of its five business areas achieving increased revenues and the fifth remaining steady.

Lucy Armstrong, Chair of the Port of Tyne, said: “In 2017, the business continued its transition from the impact of the loss of substantive volumes of imported coal, towards increased wood pellet cargoes which will ensure the business returns to its growth trajectory.  The construction of major new facilities for Lynemouth Power Ltd which progressed to commissioning during the year will facilitate this shift, and support increased volumes over a ten year period.”

The number of cars handled at the Port’s Car Terminals increased and the Port retained its position as the UK’s second largest car exporting port.

It was a fantastic year for the International Passenger Terminal, breaking its own records again, with 52 cruise ships bringing 120,000 cruise passengers, and handling the largest ever number of DFDS ferry passengers at 600,000.

Container volumes increased by 8%, mainly due to increased volumes of manufacturing parts, recovered materials and tea exports to Canada.  The Port now handles over 40% of the UK’s raw tea imports. 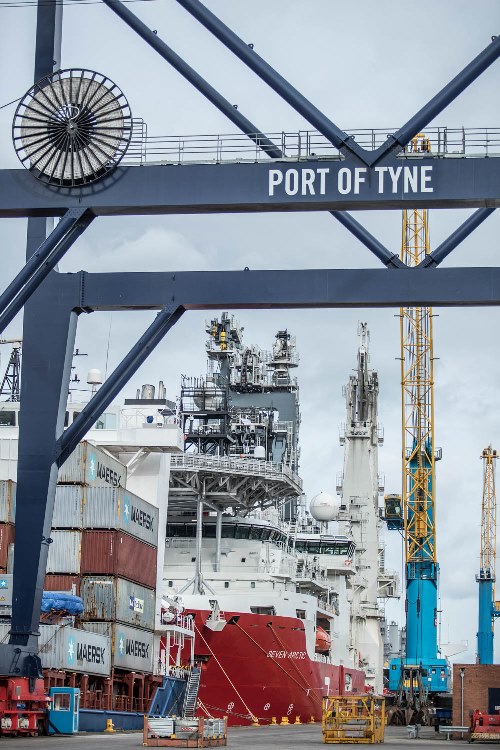 Whilst bulk cargo volumes decreased slightly due to other wood pellet handling facilities coming on stream at other ports, the impact of this was more than offset by revenues from offshore renewable energy services, which included the handling of gravity bases for the Blyth Offshore wind demonstrator project.

The Port’s annual economic impact study reported that Gross Value Added by the Port increased again this year to £700m, including £53m to the tourism sector, and in total supports 14,000 jobs in the North East.  The Port’s total economic impact in the region has doubled in the past ten years.

Achievements for the Port in 2017 included retaining IIP Gold Standard, the RoSPA Health and Safety Gold award for the fourth year running, the Better Health at Work Gold Award, and an award for the Port’s contribution to seafarers’ welfare.  The annual assessment by the London Benchmarking Group reported that the Port had supported over 600 organisations, reaching 620,000 people across its customer, community, business, government and employee stakeholder groups.

The Port issued the following statement:

After ten years as Chief Executive Officer of the Port of Tyne, Andrew Moffat is to step down at the end of the year.

The Port of Tyne has been transformed under his leadership, with investments of over £200 million in infrastructure, equipment and people, to become one of the UK’s most innovative and efficient deep-sea ports.

Andrew said:  “I was proud to be appointed Chief Executive of the Port of Tyne 10 years ago and have been extremely fortunate to have had the opportunity to make my own personal contribution to the development and growth of this well-established and respected business.  I will be leaving knowing that the Port is in much better shape than when I joined and it is an appropriate time to pass the leadership to someone who will look, I’m sure, to drive further growth in the future. I wish whoever that person is every success.”

Lucy Armstrong, Chair of the Port of Tyne, said: “Andrew has devoted his energies to shaping the future of the Tyne, alongside being committed to building the Port of Tyne’s reputation and resources to deliver economic regeneration in the North East.  He is leaving the business in a much improved position and in shape to build the next stage of the Port’s development.”