In announcing its results for 2017, Belfast Harbour has reported a record financial performance and a strong investment pipeline of £132million in port infrastructure and real estate projects targeted at improving the competitiveness of its operations and generating further growth. 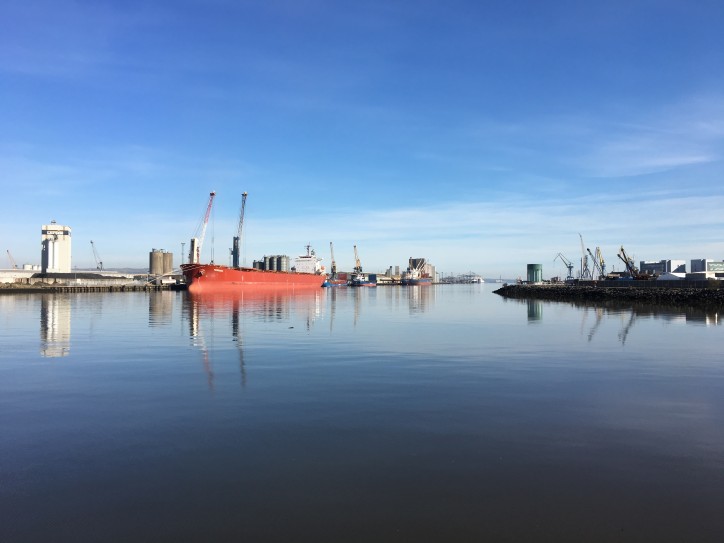 Turnover in the year to December 31st 2017 was up 6.5% to £61.9million and operating profit up 5.6% to £34million. The growth in turnover and profits was supported by a 3% increase in port cargo handled to a record 23.7million tonnes, and additional income from the Harbour’s successful property developments in its City Quays river front offices and AC Marriott Hotel, plus new Film Studios on the North Foreshore.

During 2017 Belfast Harbour invested £42million in new port facilities and regeneration developments across its 2,000 acre Estate.  Future capital expenditure plans include an upgrade of the port’s ferry and container handling facilities at a cost of £60million, and further investments in new logistics warehousing units.  Planned developments at City Quays include a new 900-space multi story car park currently under construction and a further 250,000 square foot Grade ‘A’ office building which is awaiting final planning approval.

The planned upgrade of ferry terminal facilities is in support of a major investment by Stena Line in new larger Roll-On/Roll-Off ferries which are due to start operation on Belfast routes in early 2020. Belfast Harbour is also making a substantial investment in new cranes and terminal capacity improvements at the port’s container terminal at VT3. This terminal handles direct shipping services between Belfast and the key European hub ports of Rotterdam and Antwerp, and provides global connectivity for Northern Ireland’s exporters and importers.

Commenting on the annual report, Belfast Harbour’s Chairman, David Dobbin, said: “Belfast Harbour is a key economic driver for our region.  Our Trust Port status allows us to reinvest all of our earnings after tax for the benefit of port users and the wider local economy. This ongoing investment cycle has been key to our financial success and has allowed us to support the growth in trade and passenger/visitor numbers, and the creation of quality new jobs across our estate.

“We estimate that our current investment programme will generate over 10,000 jobs.  Over 2,000 jobs have already been delivered in the City Quays offices and hotel developments, and the Harbour Film Studios.”

Joe O’Neill, Belfast Harbour’s CEO, added: “A key factor in the success of Belfast Harbour is the ongoing growth in port throughput in sectors such as aggregates, steel, animal feeds and grains, Roll-On/Roll-Off freight, ferry passengers and cruise ship visits.  Port operations account for c.80% of turnover and the continued delivery of best-in-class marine facilities remains our investment priority.

“The Harbour’s real estate activities also are delivering ongoing growth.  As trade in traditional sectors such as coal and refined oil reduce, we will continue to explore new trade opportunities, alongside those in real estate and tradeable services. Our ongoing partnerships with Titanic Quarter and Catalyst Inc. also continue to yield positive results.”

During 2017, 5,874 ships arrived at Belfast Harbour. Over half a million freight vehicles passed through the port while passenger numbers rose by 9% to 1.5m.